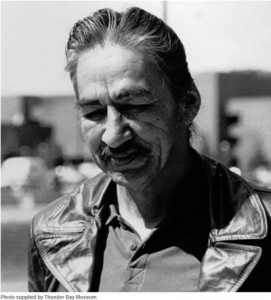 Anishinaabe artist Norval Morrisseau (Copper Thunderbird) was born on March 14, 1932 in Fort William, Ontario, Canada. Morrisseau was a painter, carver, draughtsman, storyteller, teacher,  Grand Shaman, and was dubbed the “Picasso of the North” by the French press. Morrisseau invented the pictographic style, now used by three generations of Aboriginal artists.

The first of five sons, Morrisseau was, according to Ojibway custom, raised by his grandparents. He learned about Ojibway beliefs and Anishinaabe cosmology from his grandfather who was a member of the Midewiwin religious society.  As a child, he also learned about Christianity from his Catholic grandmother.  In the 1970s, he became interested in the spiritual philosophy of Eckankar and its theories of astral visions and soul travel. All of these experiences influenced his artistic development.

Self-taught, Morrisseau began drawing the ancient stories of his people at a very young age. He was discouraged by some who believed that the communication of any content from the scrolls was strictly the task of a Shaman. While Morrisseau continued to paint, he studied his Anishinaabe heritage intensively until he himself became a Shaman.

In 1956, Morrisseau contracted tuberculosis and was admitted to the Thunder Bay Tuberculosis Sanatorium where he continued creating artwork. While there, he met Harriet Kakegamic and the couple married in 1957 and had six children.

In 1962, Morrisseau’s  work  attracted the attention of Toronto gallery owner Jack Pollack who organized a successful  solo exhibition of  the artist’s work. Over the next decade, Morrisseau  developed his unique painting style termed the “Woodlands School” which was known for its vibrant colours, x-ray impressions, and flat forms separated by thick black lines.  His art influenced the work on numerous First Nation artists including Daphne Odjig, and Carl Ray.

Morrisseau was also known as Copper Thunderbird, a name he was given as a young man. “In Ojibway culture, the thunderbird acts as a go-between; in combination with “copper,” the name suggests that Morrisseau has the ability to unite opposing powers of underwater/underearth and above sky.” Morrisseau signed all of his works in Cree syllabics as Copper Thunderbird.

“Through the 1970s and ’80s, Morrisseau’s “eccentricities” – binge drinking and often a hand-to-mouth street existence – were the despair of his friends and buyers of his work who were uncertain of the authenticity of his paintings. The artist admitted in 2004 he had signed other artists’ work ‘if they needed the money.'”

The prevalence of forgeries, however, became a great concern to Morrisseau, especially in his later years, and he actively sought to remove these from the marketplace. In 2005 he established the Norval Morrisseau Heritage Society (NMHS). The Society’s mandate is to catalogue and verify authentic Morrisseau paintings.

Morrisseau received numerous awards and honours in his lifetime including the Order of Canada in 1978, member of the Royal Canadian Academy of Arts, fellow of the Royal Society of Canada, recipient of Doctor of Laws, and Doctor of Letters,  holder of the Eagle Feather (the highest honour awarded by the Assembly of First Nations), and Grand Shaman. As well, he was the only Canadian painter invited to exhibit in the Paris French Revolution bicentennial in 1989.

In the last years of his life, Morrisseau was unable to paint. Afflicted by Parkinson’s disease, Norval Morrisseau died on December 4, 2007 in Toronto General Hospital. He was buried in Northern Ontario next to the grave of his ex-wife Harriet, on Anishinaabe land. 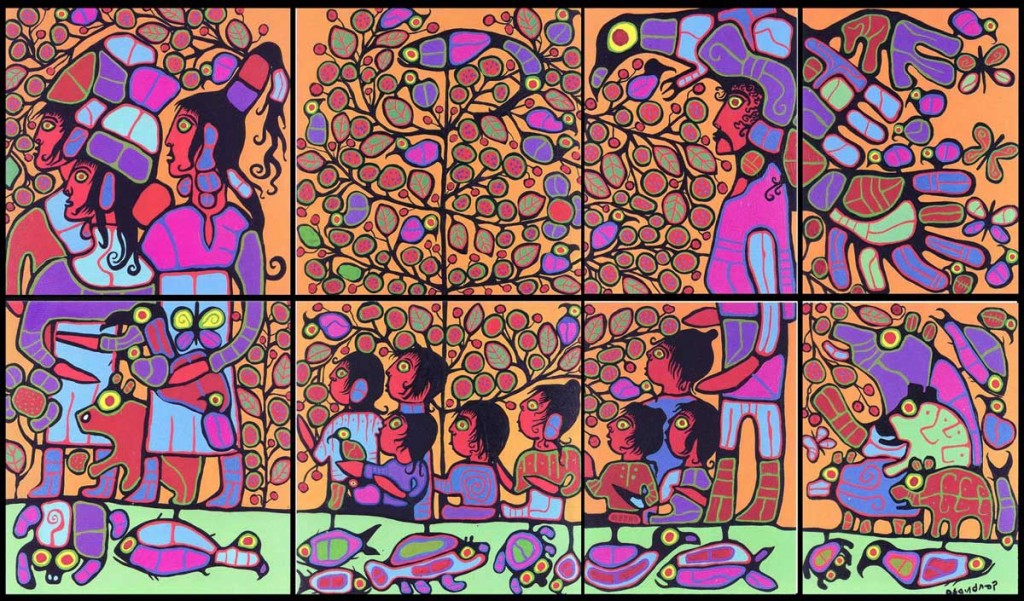 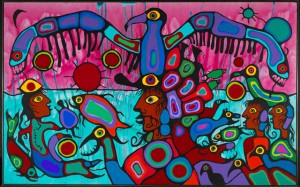 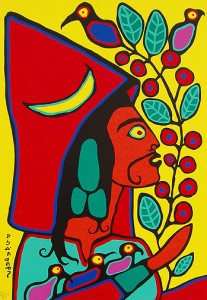 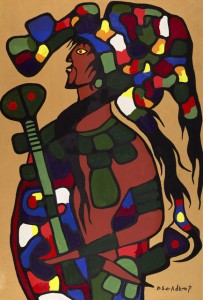 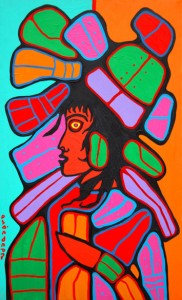 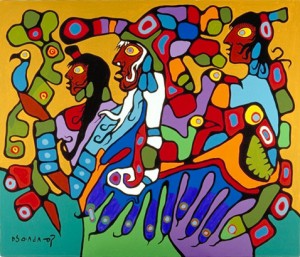 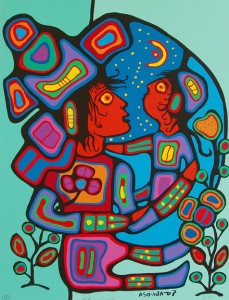 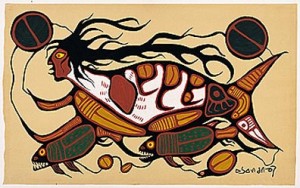 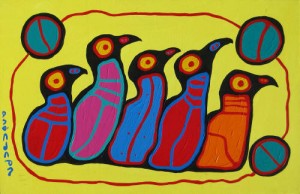 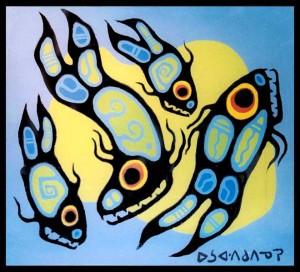 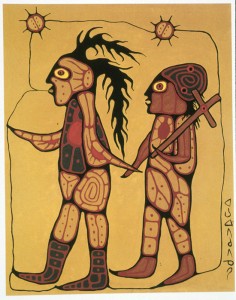 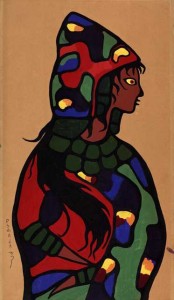 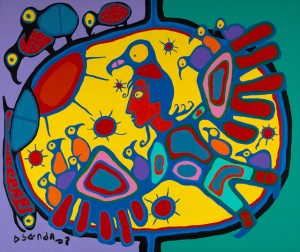 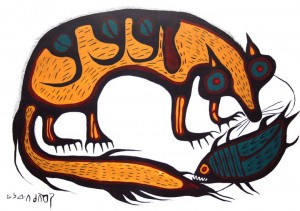 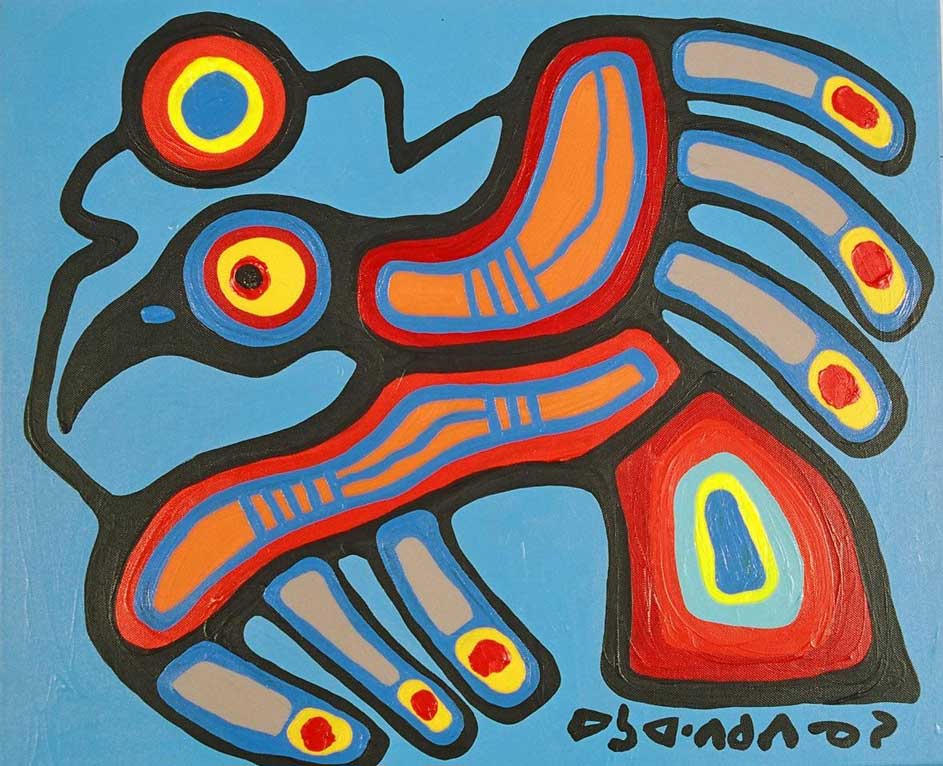 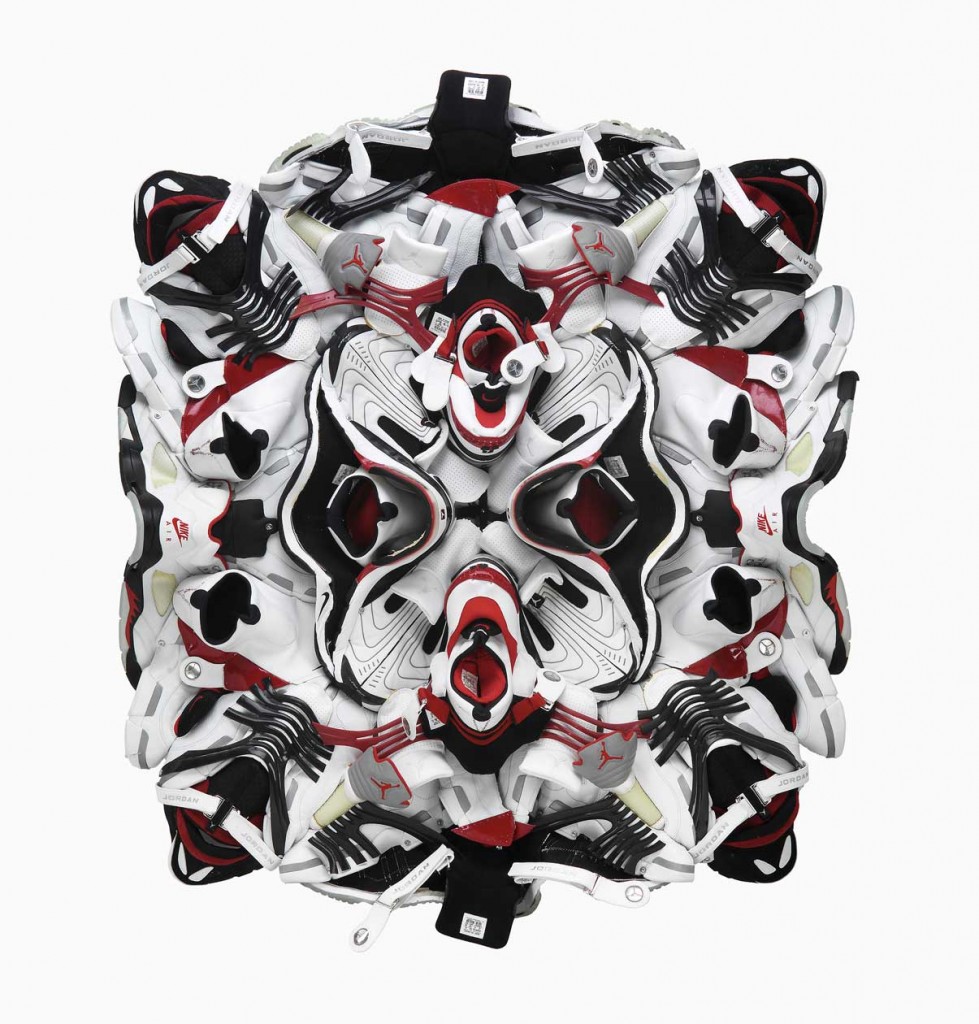 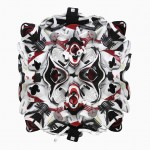 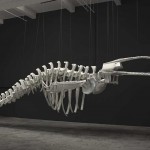 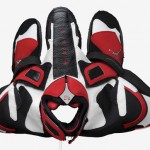 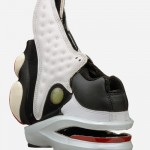 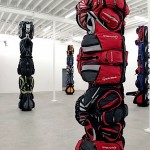 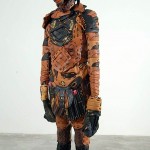 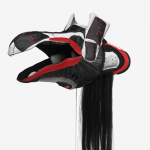 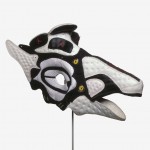 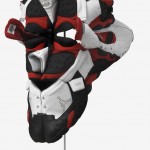 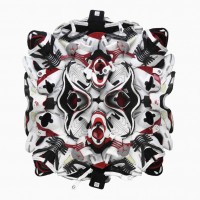