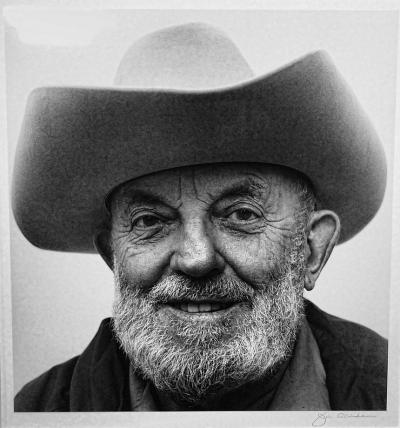 Born in San Francisco, California on February 20, 1902, Ansel Adams was an American photographer and environmentalist known for his technical expertise and his stunning black-and-white photographs of the American Southwest, Yosemite National Park, and the California coast.

Considered a hyperactive child, Adams was  unsuccessful in the schools he had attended and as a result, his father and aunt tutored him at home.  Leading a somewhat solitary childhood, Adams spent much of his time in nature, exploring the beaches and the heights facing San Francisco Bay.

At the age of twelve Adams taught himself to play the piano and read music. Soon after, he began lessons and for the next twelve years he studied piano, intending to make his living as a concert pianist. Adams ultimately gave up piano for photography but these early studies “brought substance, discipline, and structure to his frustrating and erratic youth. Moreover, the careful training and exacting craft required of a musician profoundly informed his visual artistry, as well as his influential writings and teachings on photography.”

In 1916, Adams visited Yosemite National Park with his family. His father gave him a Kodak Brownie box camera with which he took his first photographs. The next year, Adams returned to Yosemite with a better camera and a tripod. That winter, he worked part-time for a San Francisco photo finisher where he learned basic darkroom techniques. Adams explored the High Sierra, in summer and winter, developing the stamina and skill needed to photograph at high altitudes and in difficult weather.

When he was 17, Adams joined the Sierra Club, a group dedicated to “preserving the natural world’s wonders and resources”. He was the custodian of the organization’s headquarters at Yosemite, for four years. Adams retained his membership throughout his lifetime and served on the board for 37 years.

Adams’ first photographs were published in 1921 and Best’s Studio in Yosemite Valley began selling his prints in 1922. In the mid-1920s, he experimented with soft-focus, etching, Bromoil Process, and other techniques of the pictorial photographers such as Alfred Stieglitz who attempted to produce photography on an equal artistic plane with painting by trying to mimic it.  Adams eventually rejected the pictorial method for a more realist approach which relied on sharp focus, heightened contrast, precise exposure, and darkroom craftsmanship.

In the late 1920s, with the promotion of an arts-connected businessman Albert Bender, Adams’ first portfolio was a success and he began receiving commercial assignments to photograph the wealthy patrons who had purchased his portfolio. In 1928, Adams began working as an official photographer for the Sierra Club.

In 1930, Taos Pueblo, Adams’ second portfolio, was published with text by writer Mary Austin. Through a friend with Washington connections, Adams was able to hold his first solo museum exhibition at the Smithsonian Institution in 1931.

In 1932, Adams and other photographers, including Willard Van Dyke and Edward Weston, founded the group f64, (a very small aperture setting that gives great depth of field), which maintained an interest in the technically perfect photographic print.

Adams developed the “zone system” as a way to explain exposure and development control and published his first book on how to master photographic technique in 1935. Over the next several years, Adams published a number of books and articles including “The Camera and the Lens” (1948), “The Negative” (1948), “The Print” (1950), “Natural Light Photography” (1952), and “Artificial Light Photography” (1956).

In the 1930s, Adams began to use his photographs to promote the cause of wilderness preservation. In 1938, he published “Sierra Nevada: The John Muir Trail”, with the Sierra Club, in an effort to secure the designation of Sequoia and Kings Canyon as national parks. The book and his testimony before Congress played a vital role in the success of the effort, and Congress designated the area as a National Park in 1940.

In 1940, Adams organized “A Pageant of Photography”, the most important and largest photography show in the West to-date, attended by millions of visitors. Adams completed a children’s book with his wife Virginia Best and the “Illustrated Guide to Yosemite Valley” during 1940 and 1941. Adams also began teaching in 1941 at the Art Center School of Los Angeles and in 1945, he was asked to form the first fine art photography department at the California School of Fine Arts. In 1952, Adams was one of the founders of the magazine “Aperture”, a journal of photography showcasing its best practitioners and newest innovations. In June 1955, Adams began annual workshops, teaching thousands of students right up until 1981.

Until the 1970s, Adams was financially dependent on commercial projects. Some of his clients included Kodak, Fortune magazine, Pacific Gas and Electric, AT&T, and the American Trust Company. In 1974, he had a major retrospective exhibition at the “Metropolitan Museum of Art”. During the 1970s, much of his time was spent curating and re-printing negatives to satisfy the demand of art museums which had created departments of photography. He also spent a lot of his time writing about environmentalism, focusing mainly on the Big Sur coastline of California and the protection of Yosemite. President Jimmy Carter commissioned Adams to make the first official portrait of a president made by a photograph.

Ansel Adams died on April 22, 1984 from heart failure aggravated by cancer.  “Adams’ lasting legacy includes helping to elevate photography to an art comparable with painting and music, and equally capable of expressing emotion and beauty. ” The Minarets Wilderness in the Inyo National Forest was renamed the Ansel Adams Wilderness in 1985 in his honor. Mount Ansel Adams, an 11,760 ft (3,580 m) peak in the Sierra Nevada, was named for him in 1985. 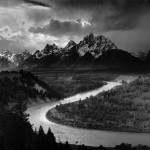 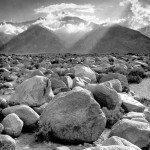 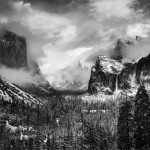 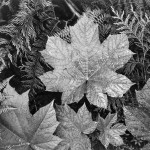 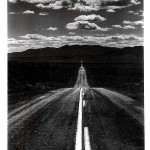 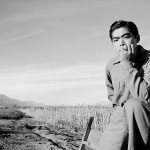 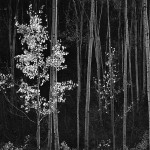 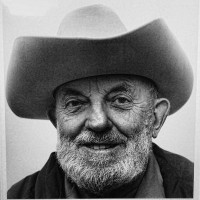 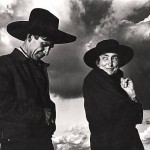 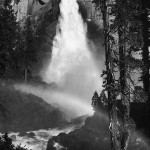 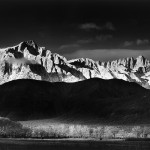 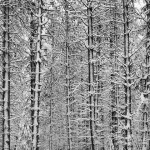 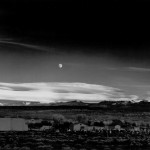 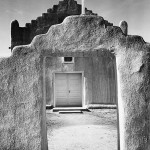 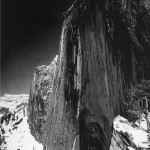 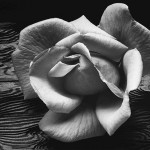 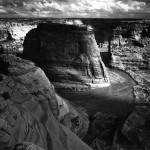 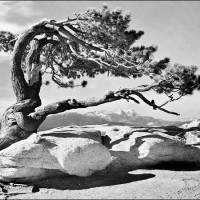 Digital Landscape Photography: In the Footsteps of Ansel Adams and the Masters