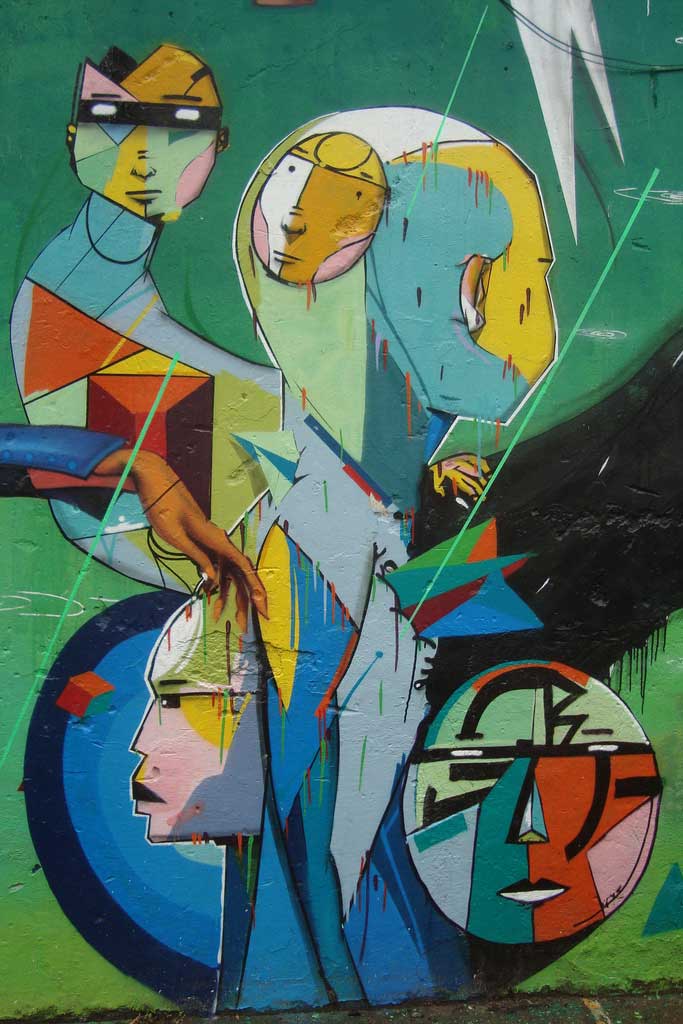 More fantastic art out of São Paulo, Brazil! Born in 1979, Ricardo Akn is an illustrator, photographer, and street artist.  Akn has worked with well known brands and publications including Nike, Ellus, CK One, Doc Dog, and others.

To see more of Akn’s work, visit his photostream on Flickr. 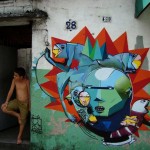 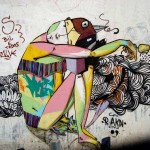 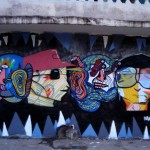 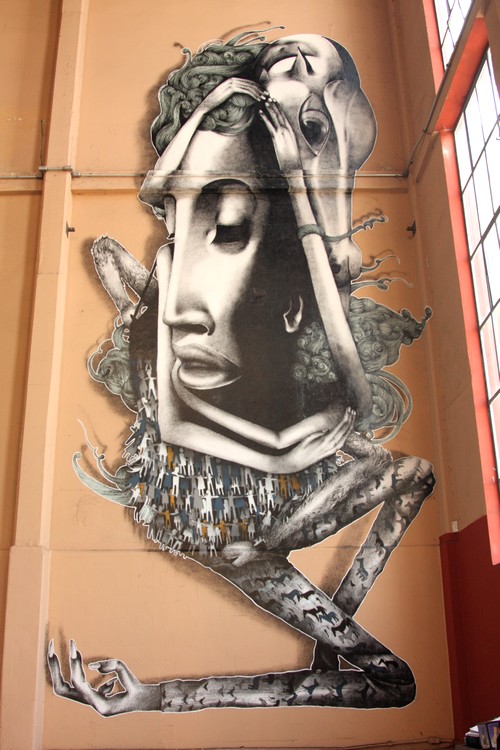 The pool of talent coming out of São Paulo, Brazil seems endless and it’s no wonder it is considered by many to be the centre of the street art /urban art movement. The images featured today are by Brazilian urban artist Claudio Ethos.  Born in São Paulo in 1982, Ethos currently lives in Birigüi, in São Paulo state.

Ethos began working with spray paint as well as ballpoint pen at around the age of 15 and still uses these mediums today.   Influences include Brazillians Os Gemeos, Vitche, Onesto, and Herbert Baglione. His stunning large scale murals usually originate from his small ballpoint pen drawings and the intricate detail of his work has gained him recognition from his peers, art enthusiasts, and galleries around the world.

“Ethos’ characters have undeniably become some of the most recognized all throughout Brazil with his ephemeral work at times straddling the line of the figurative and abstract. His elongated, flexible, and strained figures have an almost liquid quality to them; one foot firmly in the school of the surrealists. He also displays a solid grasp of textiles in the use of patterns. Huge black balls serve as eyes for the exhausted and maligned residents of the concrete jungle. These characters are a mixture of dreams and fragments of everyday life within the city.” (from Juxtapoz)

As well as being seen on the streets of São Paulo, Ethos has exhibited internationally including Studiocromie in Puglia, Italy, San Francisco’s 111 Mina, and the Christopher Henry Gallery in New York.

To see more of Ethos’ work, visit ClaudioEthos.com or see the source links below. 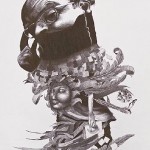 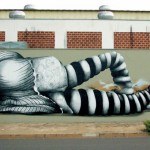 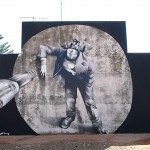 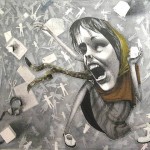 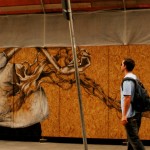 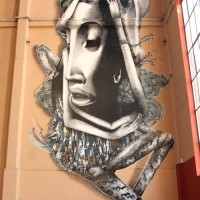 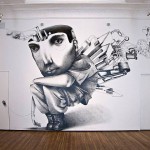 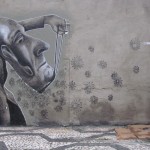 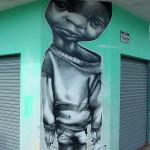