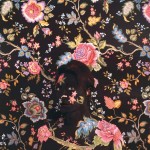 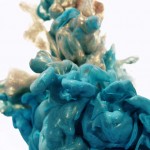 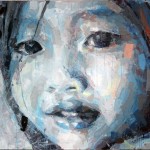 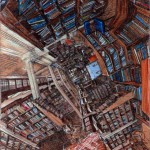 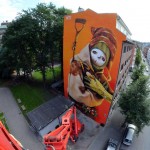 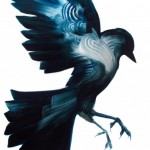 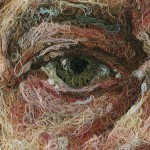 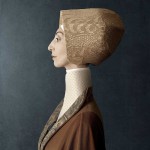 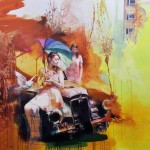 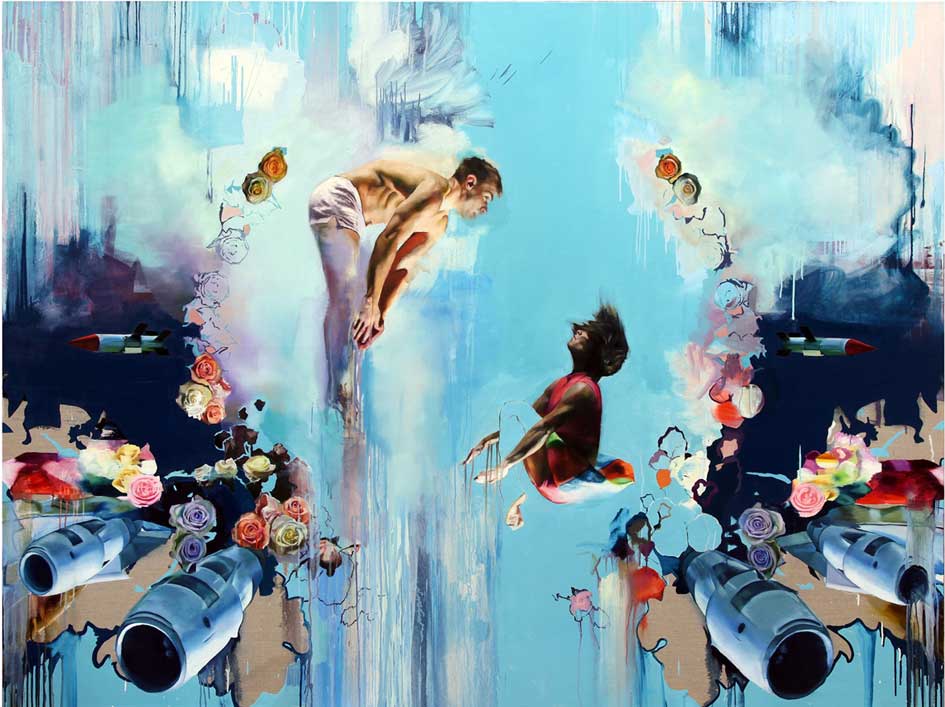 Born in 1980 in London, England, Chloe Early grew up in Cork, Ireland and graduated from National College of Art and Design in Dublin. Early’s latest exhibition Feathers and Wax is currently on at Joshua Liner Gallery in New York City.

“Working in oils on linen and aluminum panel, Chloe Early has developed a unique style that is simultaneously lush and raw. The romantic and the gritty meet in her paintings, which tease out a distinctively poetic worldview through the juxtaposition of extremes. At their core is a sensitivity to lyrical feelings and themes—love, beauty, innocence, softness—which collide with more worldly symbols of aggression and degradation, such as bullets, bombs, urban refuse, and ruins.

Yet Early avoids any kind of resolution, or even overt narrative. Rather, she simply allows these opposing elements to float in space and intermix, creating a charged atmosphere that suspends a definitive reading or conclusion. The effect, though disorienting, suggests the achievement of psychological or spiritual wholeness, however momentary.

As the exhibition title, Feathers and Wax, suggests, the concept of suspension is noble but also naïve and ill fated. Alluding to the Greek myth of Daedalus and Icarus, these materials allowed young Icarus to soar to idealistic heights and flout the sensible cautions of his father. The consequences were tragic. This contrast of dream and reality is given a contemporary retelling in Early’s painting Frontier Firecrackers, where a pair of youths are pictured plummeting through a garland of grapes and roses into a new environment of junkyard tires and cruise missiles.

With this series, Early explores her fascination with flight through depictions of the body in motion. In her representations of gravity, and the brief moments when it is suspended, her figures are caught at the tipping point between soaring and falling. These atmospheric “scenes” are set against high-contrast washes of saturated color. Early creates her large-scale painterly montages by incorporating imagery mostly from her own source photography and personal travel photos. Throughout, symmetry is created and destroyed as the paintings shift between the abstract and the representational, Eden and Armageddon.” (from Joshua Liner Gallery) 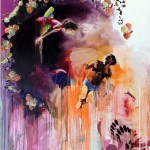 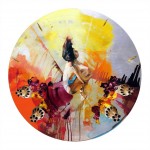 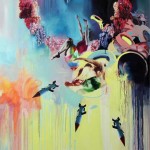 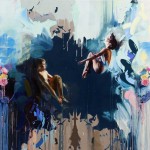 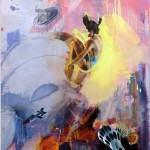 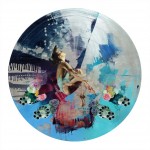 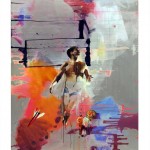 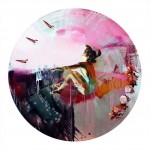 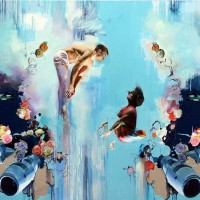