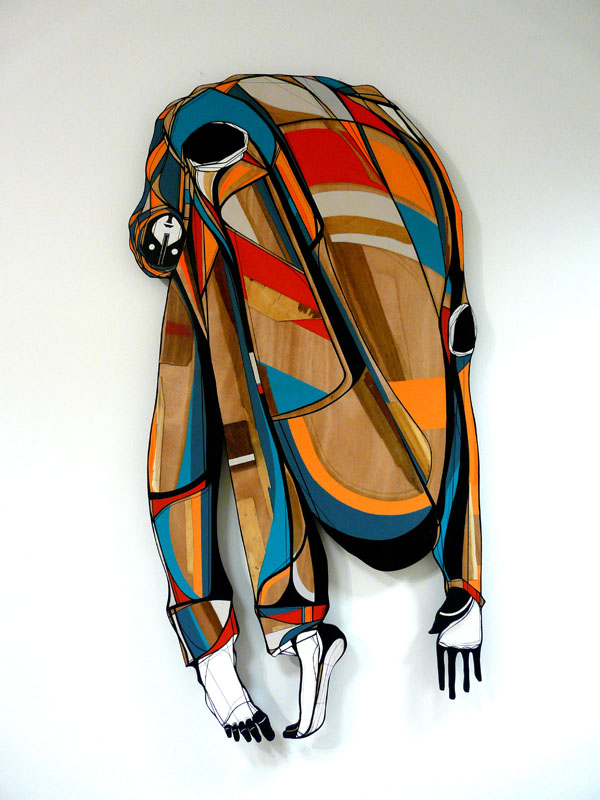 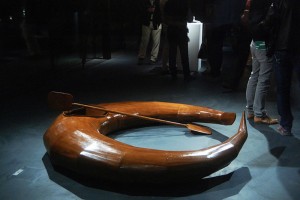 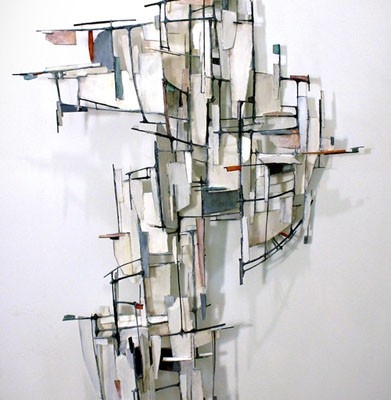 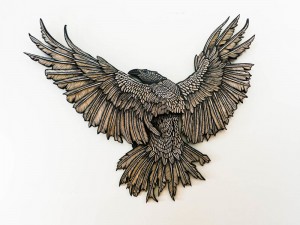 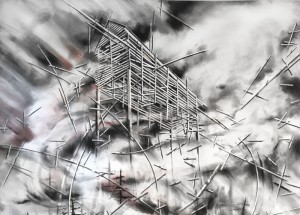 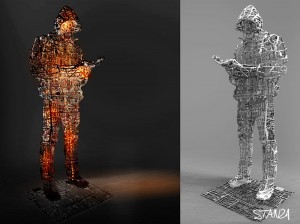 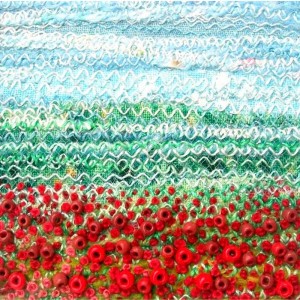 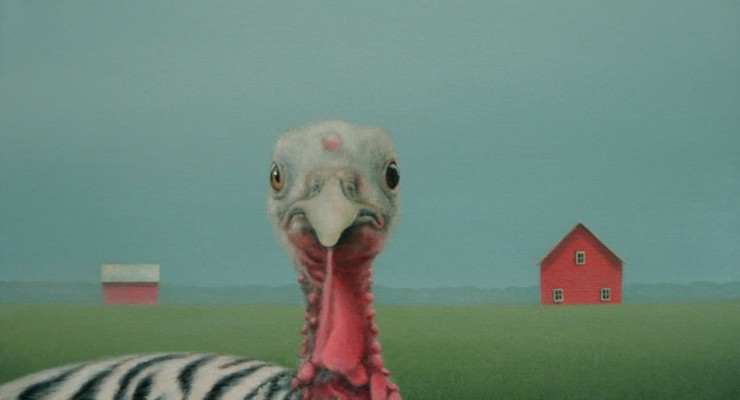 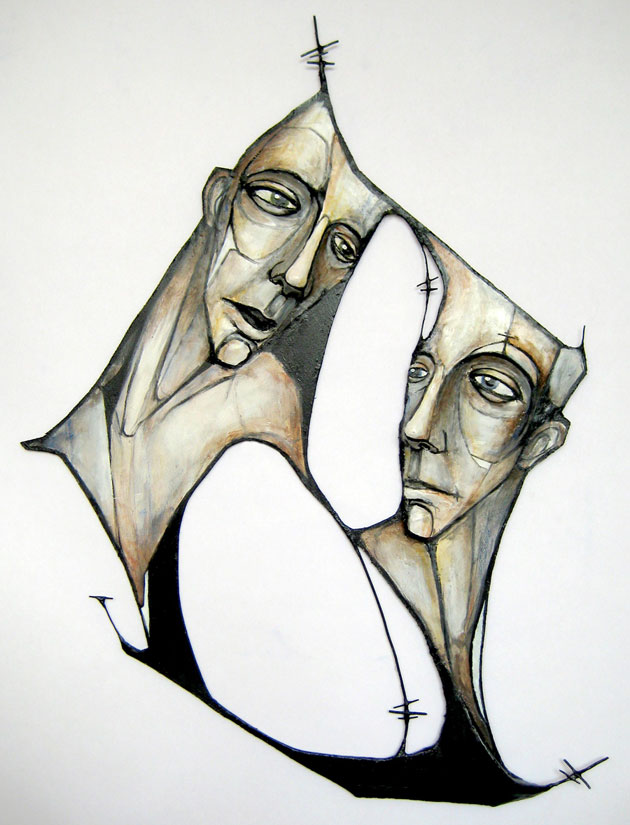 Brooklyn, New York based street and mixed media artist Damon Ginandes’ interest in graffiti first began in the early/mid 90’s but he eventually found it to be too repetitive and stagnant.  In 2007, however, he was commissioned to paint a 60 foot long mural on Degraw Street in Brooklyn and his interest in large scale street art was rekindled.

“Damon’s work blends the two-dimensional and the three-dimensional using a variety of materials. Seemingly flat lines and forms protrude into space, suggesting that they are caught between dimensions. The ageless, anonymous and solitary characters appear aware of this peculiar predicament. They are distorted and otherworldly, yet with detached stares they are distinctly human.” (from Prescription Art)

Ginandes influences include Alberto Giacometti and Egon Schiele.  “I am attracted to the distorted human figure – faces and bodies elongated and interwoven with abstraction.  Lately, my style has become a bit more angular, almost ‘cubist’.” 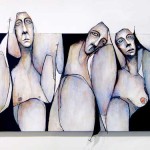 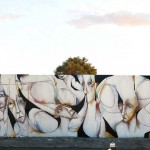 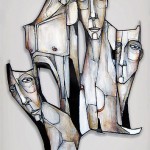 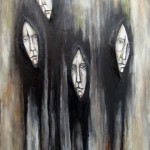 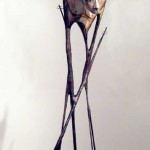 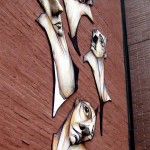 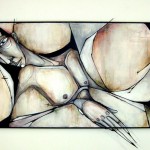 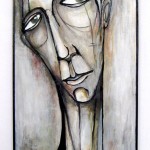 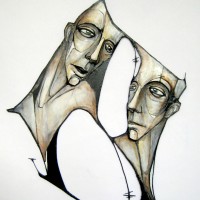 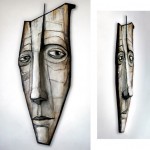 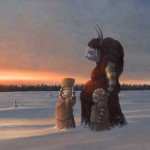 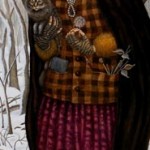 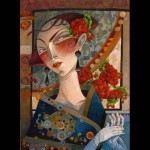 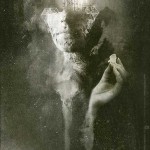 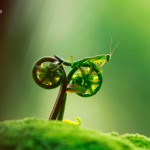 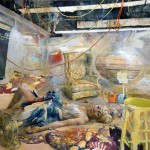 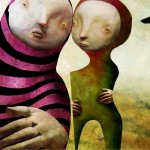 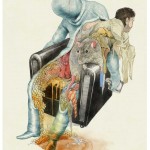