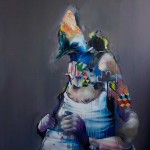 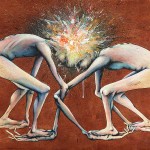 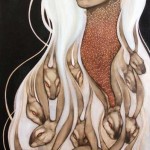 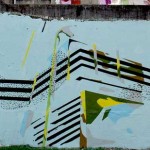 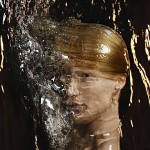 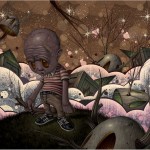 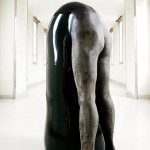 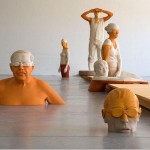 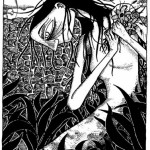 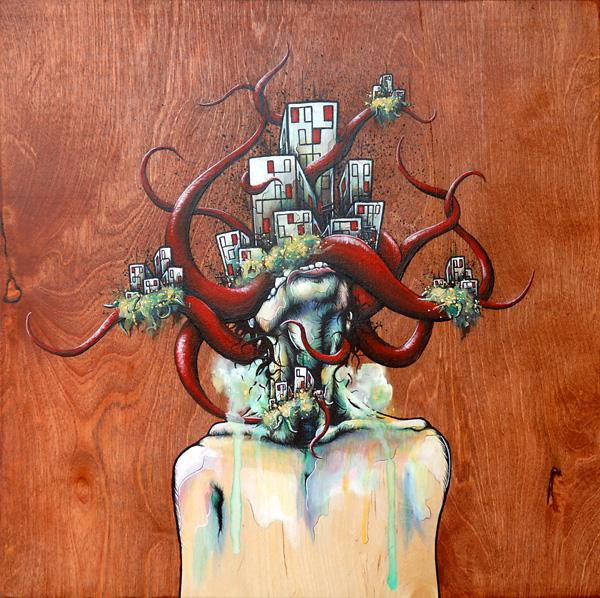 Born in Reno, Nevada in 1978, Daryll Peirce has a BFA from the Rocky Mountain College of Art & Design in Denver, Colorado. Peirce works in a variety of creative fields including painting, designer, illustration, occasional curator, and creative. His work has been shown in numerous national and international exhibitions and galleries as well as on external public walls. He has been featured in publications such as Juxtapoz, Blackbook, Print, Beautiful Decay, and others. Peirce moves and travels often though he currently considers Oakland, California home.

“Focused on exploring the connectivity within humanity and its claims of control over social systems, habitat, nature, and future, Peirce’s artwork pendulates between the satiric and esoteric, optimistic and pessimistic, scientific and spiritual, bold and poetic. Grotesquely exaggerated human forms, arterial-botanic city organisms, and flowering interconnected urban clusters currently inhabit his psyche and spew into his work. On a more intimate level, his influences instinctively stem from past and current environs, travel, exploration, skateboarding, surfing, dreaming, philosophy, and interacting with all forms of the human animal with a focused lens on the social outcast.” 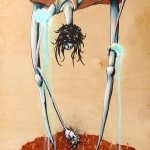 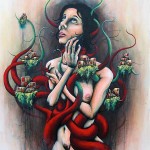 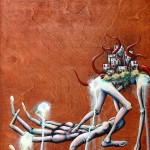