Born on October 8, 1930, in Harlem, New York, Faith Ringgold is considered to be one of the most important living African American artists. Working in a variety of mediums including painting, sculpture, and performance, Ringgold is best known for her “story quilts” that combine narrative paintings with quilted borders and text.

Ringgold’s mother, a fashion designer and seamstress, nurtured her daughter’s creative abilities from a young age. Ringgold attended City College of New York where she earned a Bachelor’s degree in Fine Art and Education in 1955. She taught art in New York’s public schools from 1955 to 1973 and earned her Master’s degree in art in 1959. During this time, Ringgold also married and divorced jazz pianist Robert Earl Wallace with whom she had two daughters. In 1962, she was remarried to Burdette Ringgold.

Ringgold’s oil paintings and posters of the mid-to-late 1960s carried strong political messages and were supportive of the civil-rights movement. In 1970, she participated in a demonstration against the exclusion of black and women artists by New York’s Whitney Museum of American Art and the Museum of Modern Art. This resulted in the inclusion of Betye Saar and Barbara Chase-Riboud in the Whitney Sculpture Biennial, making them the first black women ever to exhibit at the Museum.

In the early 1970s, Ringgold abandoned traditional painting and began making unstretched acrylic paintings on canvas with soft cloth frames after viewing an exhibition of Tibetan art at the Rijk Museum in Amsterdam. During this time, Ringgold also began lecture tours and traveling exhibitions to colleges and universities around the United States. In 1973, she retired from teaching altogether to continue touring and create art full time.

In 1983, Ringgold began to combine images and handwritten text in her painted “story quilts,” which conveyed imaginative narratives. In 1984, a 20-year retrospective of her work was held at The Studio Museum in Harlem. That same year, Ringgold also became a professor at the University of California, San Diego, a position that she still holds today.

Over the course of her career, Ringgold has published 12 children’s books including the award winning “Tar Beach” which is based on her story quilt.  As well, a book of her memoirs was published in 1995.  She has exhibited in major museums in the U.S., Europe, South America, Asia, Africa, and the Middle East. Ringgold is in the permanent collections of numerous museums including the Studio Museum in Harlem, the Solomon R. Guggenheim Museum, The Metropolitan Museum of Art, and The Museum of Modern Art.

Retrospectives of Ringgold’s work have been held by Rutgers University, New Brunswick (1973), the Studio Museum in Harlem, New York (1984), and the Fine Arts Museum of Long Island, Hempstead (1990). Her work has been included in numerous exhibitions devoted to political art, women’s art, contemporary quilts, and African-American art, as well as in the Whitney Biennial (1985). Ringgold has received many honours, including the National Endowment for the Arts awards in sculpture (1978) and painting (1989), a John Simon Guggenheim Memorial Foundation Fellowship (1987), and fifteen honorary doctorates. 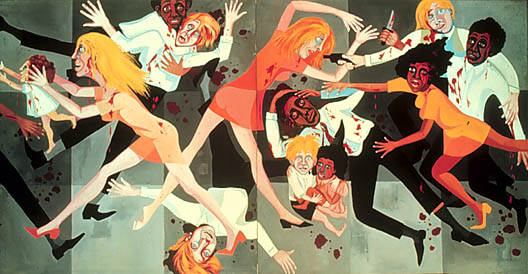 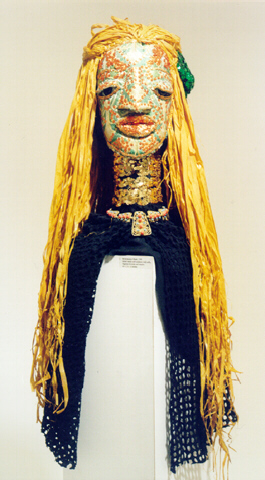 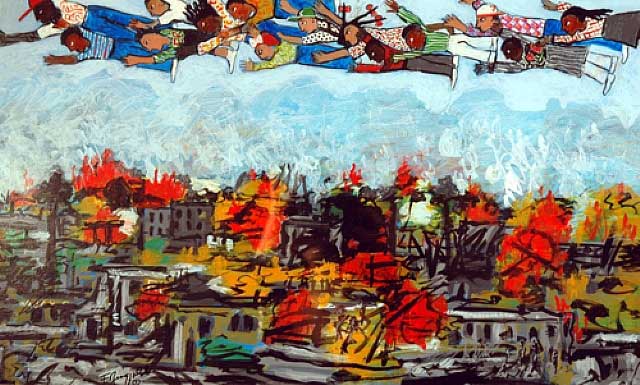 Anyone can Fly © Faith Ringgold 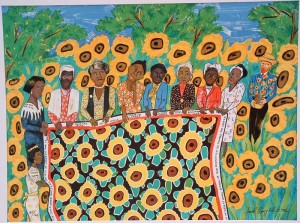 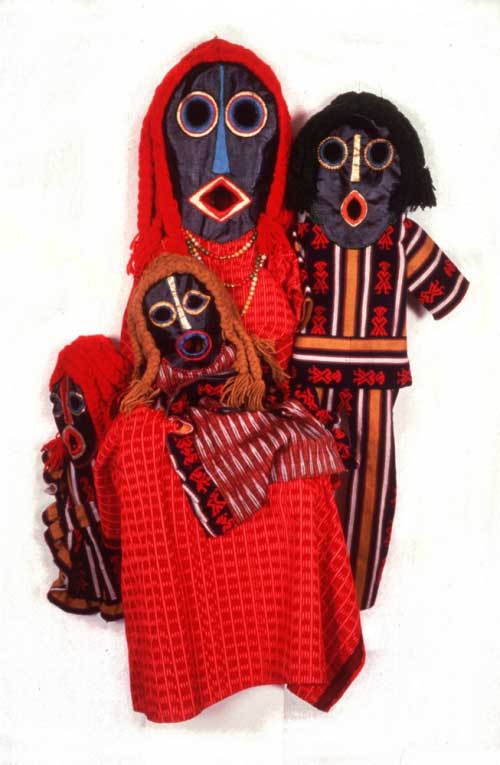 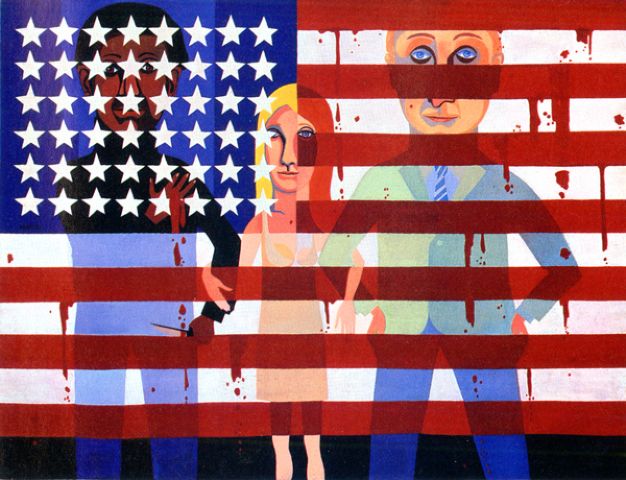 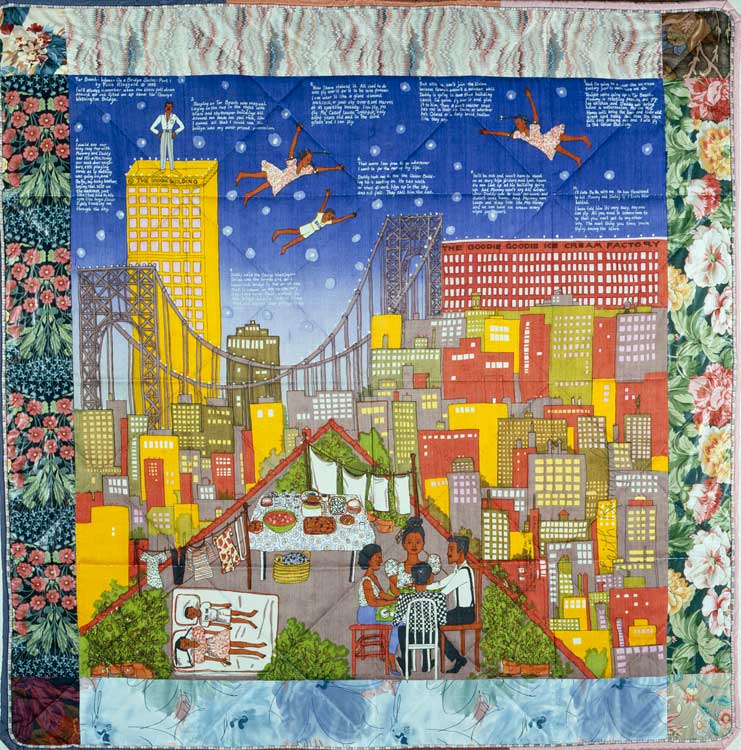 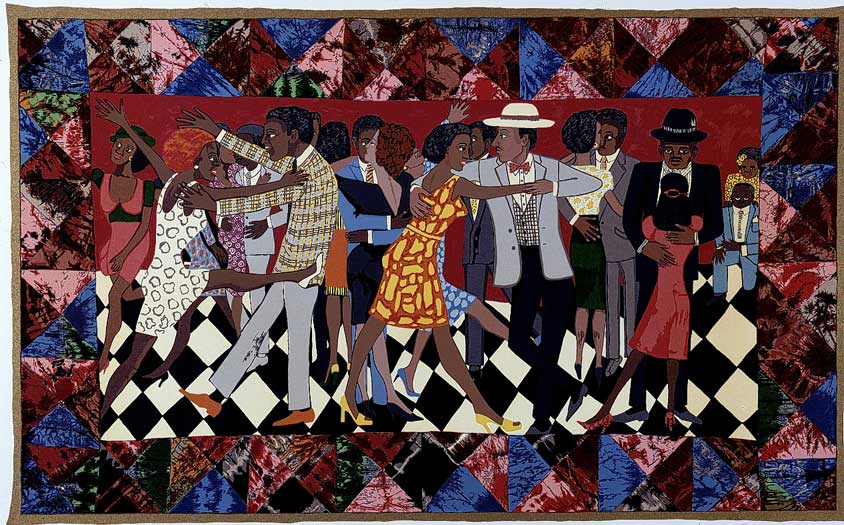 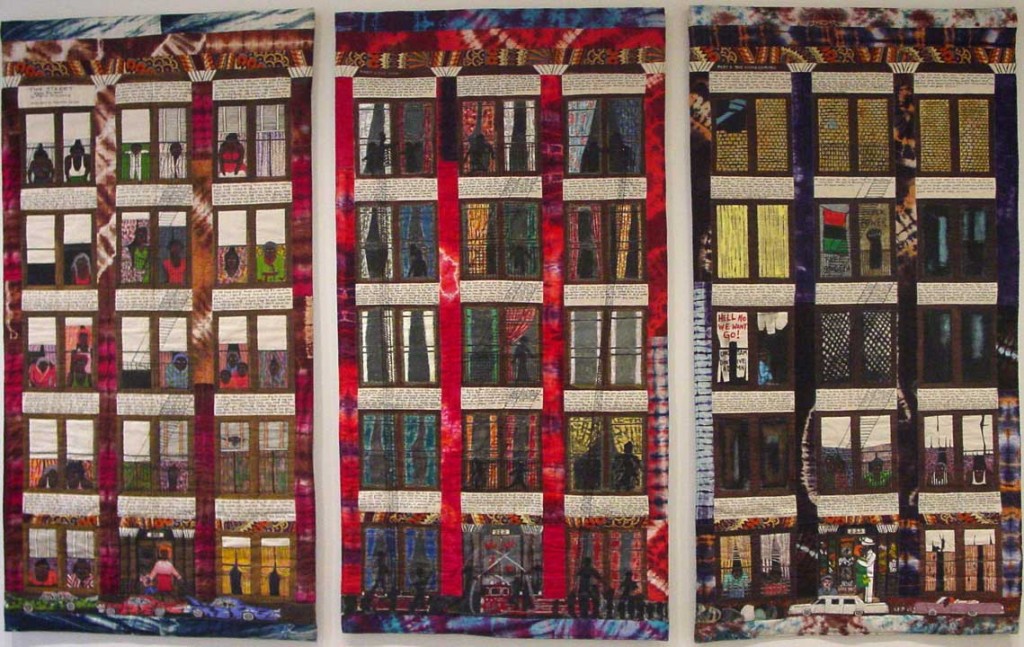