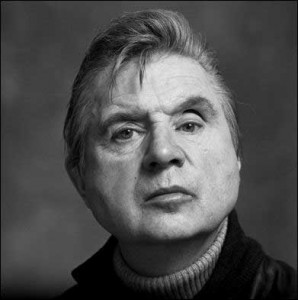 Born on October 28th, 1909, in Dublin, Ireland, Francis Bacon was one of the most innovative, powerful and disturbing artists of the period following World War II. At a time when art was dominated by abstract styles, he painted the human figure and was one of the first artists to depict overtly homosexual themes.

Bacon had very little formal education, partly due to chronic asthma that he suffered with his entire life. Leaving home in 1926, Bacon traveled to London and Berlin, and then Paris where he lived for a year and a half, and where his interest in painting began.

In 1929, Bacon returned to London and became an interior decorator and furniture designer, and experimented with drawing and watercolour painting. His furniture was primarily Art Deco in style using mainly stainless steel and glass. Despite some success, Bacon found it difficult to make a living from his design or his paintings. Although one of his earliest oil paintings, Crucifixion was reproduced in Herbert Read’s book Art Now, by 1934 Bacon was discouraged and did  little painting in the late 1930s. He supported himself instead with odd jobs including operating an illegal casino. Very few of Bacon’s early paintings survived as he destroyed many of his early works that he thought to be unsatisfactory.

During World War II, Bacon was unfit for military service and turned to painting full time in 1943. In 1944, he completed his first major canvas, a triptych entitled “Three Studies for Figures at the Base of a Crucifixion.” In this and the works that followed,  “Bacon combined horrific imagery with traditional religious or literary sources, depicting crucifixions, screaming popes, and tortured bodies as he transcribed the brutality and isolation of those pushed to the limits of endurance. In doing so, he expanded the figurative tradition of Western painting.” (Hishorn)

From 1948 on, Bacon preferred painting on the reverse (unprimed) side of his canvas which suited his technique. He found the surface more absorbent and liked the matt effect of paint sinking into the weave of the canvas. He discovered this method by chance after he had run out of materials and was compelled to use the back of an already painted canvas.

From the mid-1940s to the 1950s, Bacon’s work was influenced by Surrealism. The human figure remained Bacon’s principal subject, however in the 1950s he made several paintings of animals and a small series of African landscapes and animals. These were partly inspired by two visits to South Africa and Cairo from 1950–52. From 1953 on, Bacon began to develop a less distorted style that was more directly based on images of contemporary life and sometimes on specific friends or acquaintances. Most of the works from this period until 1957 were painted on dark inky blue backgrounds with contrasts of thick and thin paint, with the flesh colours delicately smeared and smudged onto a stained background.

Bacon’s work in the late 1950s and early 1960s was partly influenced by his decision to paint a series of variations of van Gogh’s picture “Painter on the Road to Tarascon”. Initially the paintings were very dark in tone, but in 1957 he created six versions that are filled with light and colour.

Bacon’s first solo exhibition outside England was held in 1953 at Durlacher Brothers, New York. In 1954, his work was featured in the British Pavilion at the Venice Biennale and his first retrospective was held at the Institute of Contemporary Arts, London, in 1955. Bacon was given a solo show at the São Paulo Bienal in 1959. In 1962, the Tate Gallery, London, organized a Bacon retrospective, a modified version of which traveled to Mannheim, Turin, Zurich, and Amsterdam.

In 1964, Bacon began a relationship with 39-year-old Eastender George Dyer, a petty criminal with a prison record. Dyer was said to be insecure, an alcoholic, appearance-obsessed and never really fitting in Francis’ circle. The relationship was stormy and in 1971, on the eve of Bacon’s major retrospective at the Paris Grand Palais, Dyer was found dead from an overdose of barbiturates.  In 1974, Bacon met John Edwards with whom he formed a lasting friendship.

Other important exhibitions of his work were held at the Solomon R. Guggenheim Museum, New York, in 1963 and the Grand Palais in Paris in 1971; paintings from 1968 to 1974 were exhibited at the Metropolitan Museum of Art, New York, in 1975.

Bacon spent considerable periods of time in Paris during the 1970s, and his biography on his life and work was first published in 1975. From 1977-89, solo exhibitions and retrospectives of Bacon’s work were held around the world including Madrid, Barcelona, Tokyo, Kyoto and Nagoya, and Washington D.C. In 1985, the Tate Gallery, London again held a major retrospective with 125 works and the director’s statement that the artist was the ‘greatest living painter’. In 1988, a retrospective of 22 works was held in the New Tretyakov Gallery in Moscow. It was the first show by a major Western artist to be mounted in the Soviet Union.

During the 1980s, Bacon’s simplified his pictorial language. His palette ranged between paintings with vibrant red/orange backgrounds and those with greys, creams and pale blues.

Francis Bacon died of a heart attack on April 28, 1992 while vacationing in Spain. He bequeathed his entire estate to John Edwards who in turn, donated the contents of Bacon’s studio to the Hugh Lane gallery in Dublin. The studio contents were moved and the studio reconstructed in the gallery. 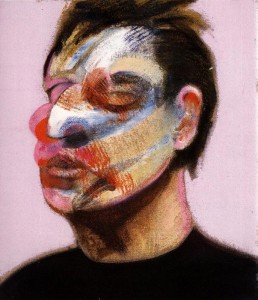 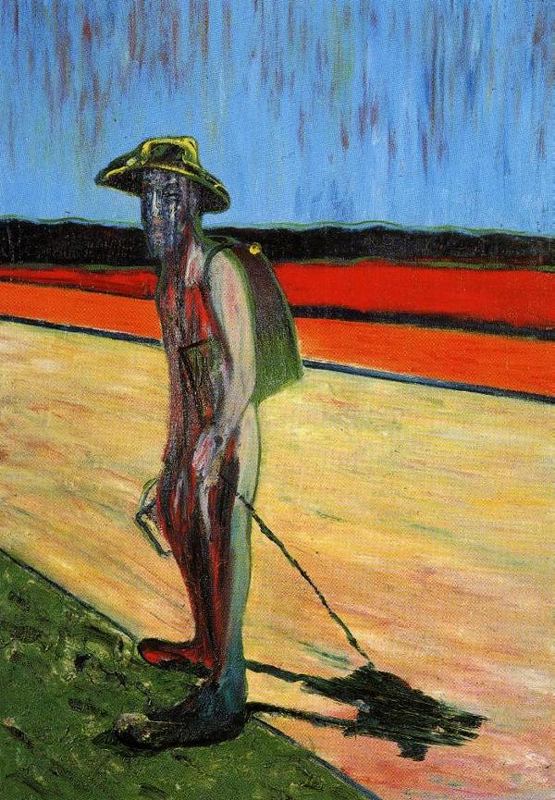 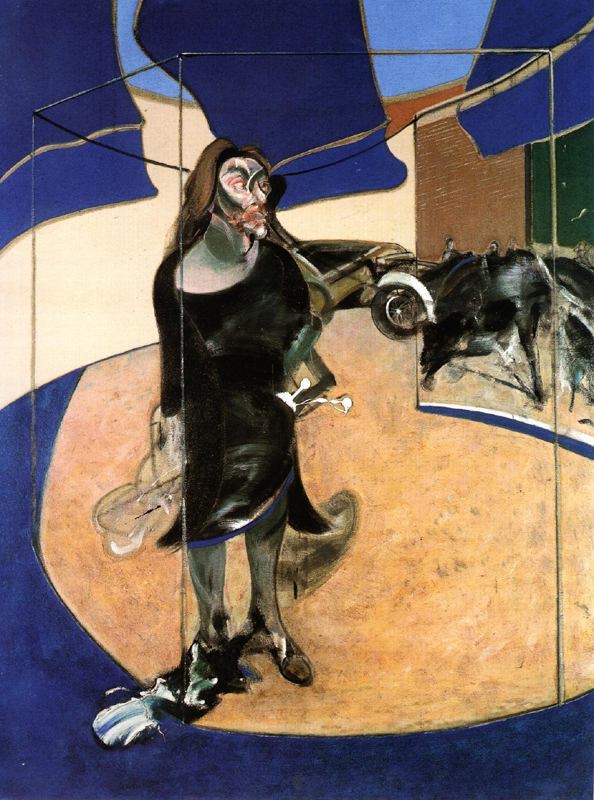 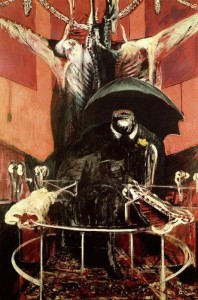 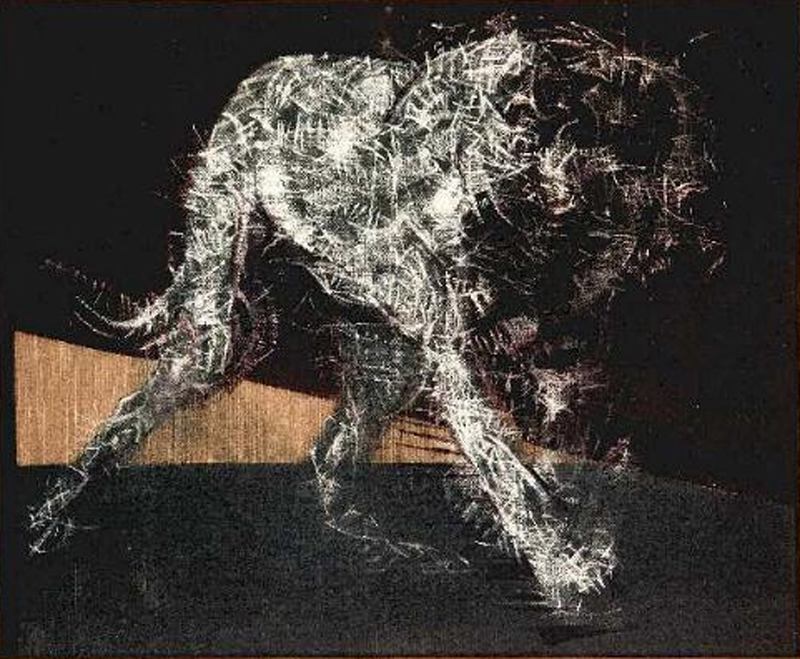 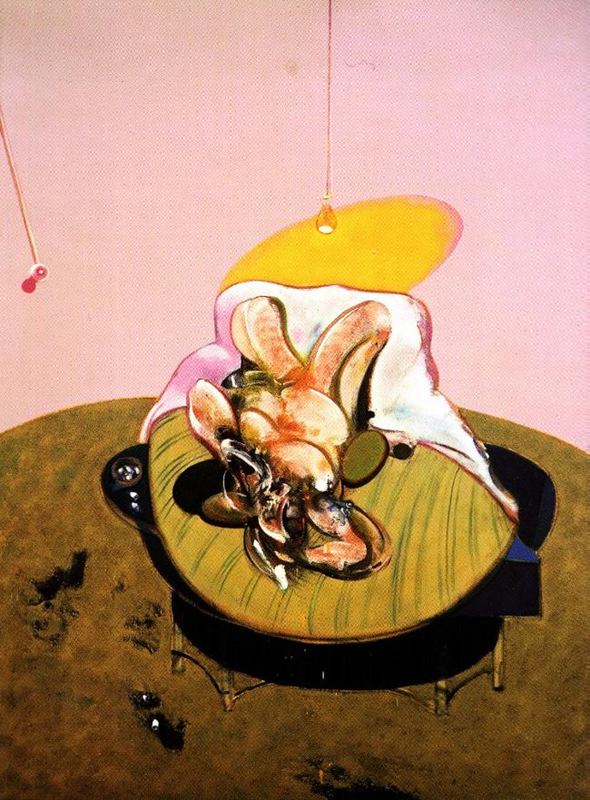 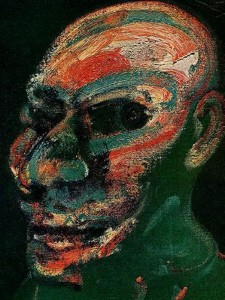 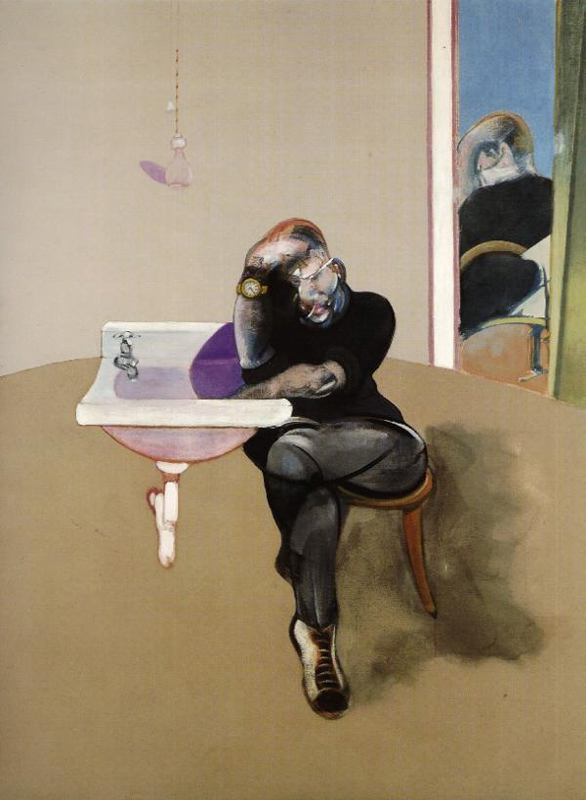 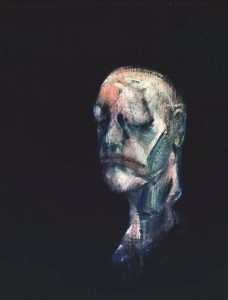 Francis Bacon - After the Life Mask of William Blake III - 1955 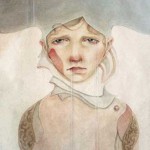 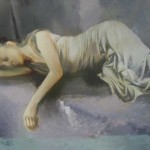 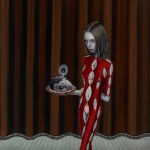 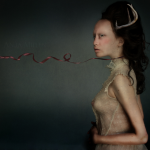 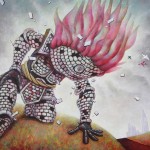 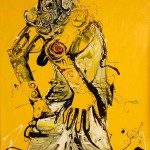 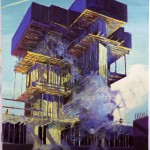 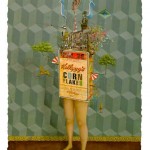 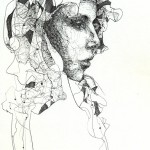 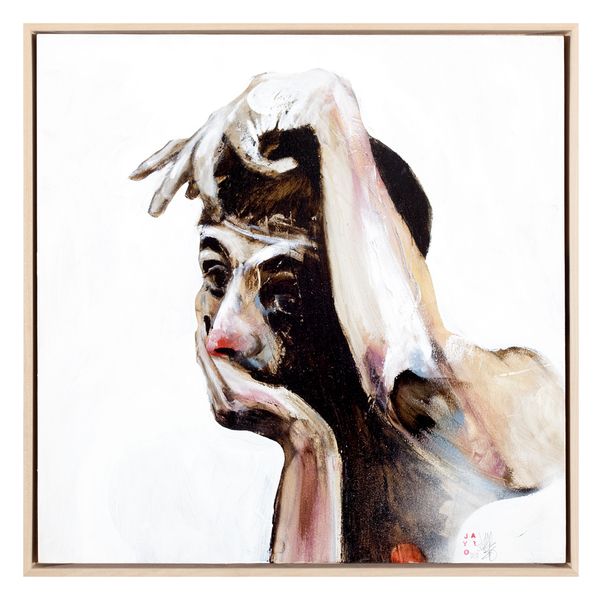 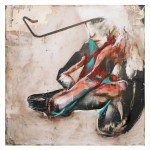 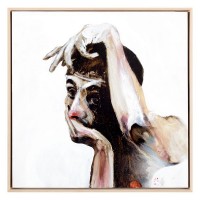 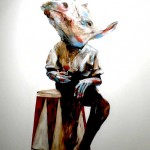 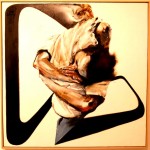 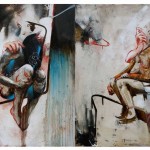 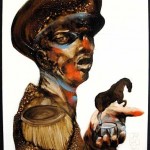 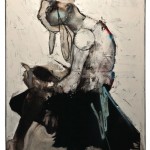 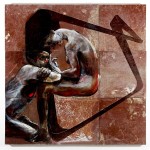 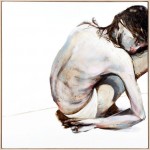