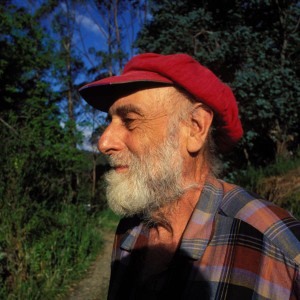 Born Friedrich Stowasser on December 15, 1928 in Vienna, Austria, Friedensreich Hundertwasser was one of the best-known Austrian painters and architects of the 20th century.

Hundertwasser studied briefly at the Montessori school in Vienna, and in 1948 he studied 19th century watercolour landscape at the Fine Art Academy. He was influenced by the art of the Vienna Seccesion, the Austrian figurative painter Egon Schiele, and Gustav Klimt.

In 1949, Hundertwasser traveled to Italy and met the French artist René Brô, with whom he later painted murals in Paris. During this time his work became more abstract but still contained symbolic figurative elements. Hundertwasser had his first solo exhibition in 1952 at the Art Club in Vienna.

In 1953, Hundertwasser’s spiral motif began to appear in his work and was a reference to the creation of life. This motif became a constant element in his paintings, which included a combination of contrasting colors and vibrant pigments. In 1953, Hundertwasser developed his “transautomatism” theory which focused on the innate creativity of the viewer.

It wasn’t until the 1950s that Hundertwasser began focusing on architecture. This began with manifestos, essays and demonstrations. In his view, the welfare of human beings depended on the style of architecture in which their houses were built. He believed that “architecture would be the people’s third skin and that everybody must be enabled to design this skin as he likes, just as he may design his first (his natural skin) and his second skin (his clothes).”

In 1958, Hundertwasser released his treatise against rationalism in architecture titled “Verschimmelungmanifest”. In the 1960s he traveled to Europe and Asia and began producing architectural models for ecological structures. He also started refurbishing and decorating public and private buildings. He successfully took part in the Tokyo International Art Exhibition in 1960, and the following year he showed at the Venice Biennale.

Hundertwasser became interested in graphics during the 1970s and designed the poster for the 1971 Monaco Olympics. Hundertwasser also created flags, stamps, coins, and posters. His most famous flag is the Koru Flag. Along with designing postage stamps for the Austrian Post Office, he also created stamps for the Cape Verde islands, and for the United Nations postal administration in Geneva for the 35th anniversary of the Universal Declaration of Human Rights.

In 1973, he published a portfolio of woodcuts by various Japanese artists who had used his paintings as inspiration. In 1972, he published a manifesto on “the right to a window space” and in 1978, the Manifesto of Peace. Both reflected the artist’s ideology about searching for harmony between man and nature.

In 1998, the Institue Mathildenhöhe of Darmstadt held a retrospective of Hundertwasser’s work. The following year he moved to New Zealand and continued to work on architectural projects. In 1999, Hundertwasser started his last project named Die Grüne Zitadelle von Magdeburg. He never finished this project although the building was constructed a few years later in Magdeburg, Germany, and opened on October 3, 2005.

Friedensreich Hundertwasser died of a heart attack while on board the Queen Elizabeth II on February 19, 2000. For more complete biographical information, see the source links below. 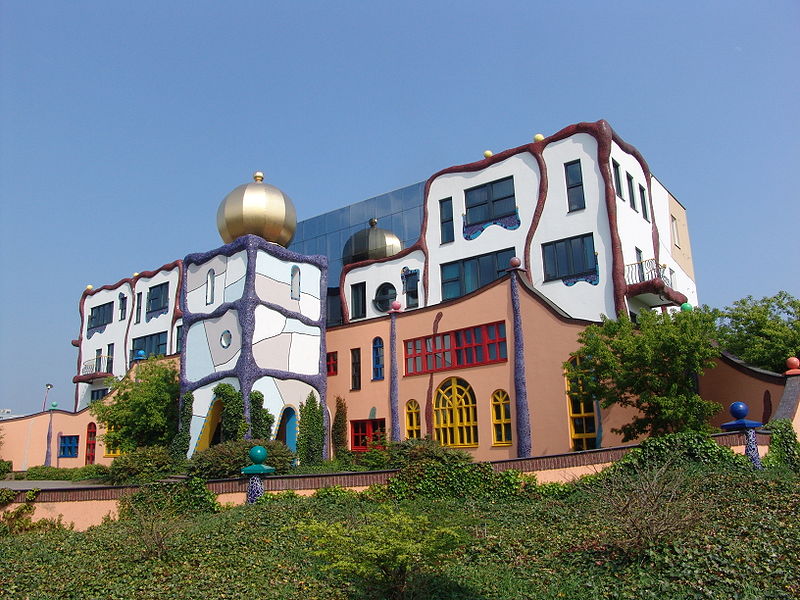 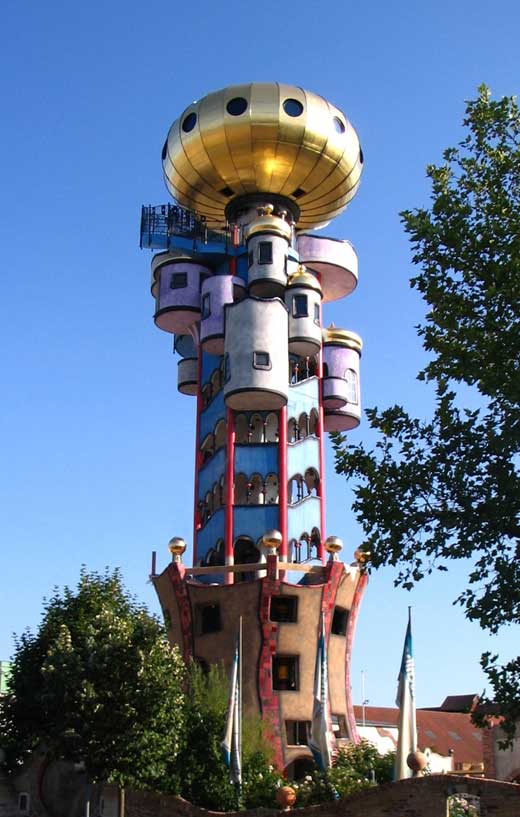 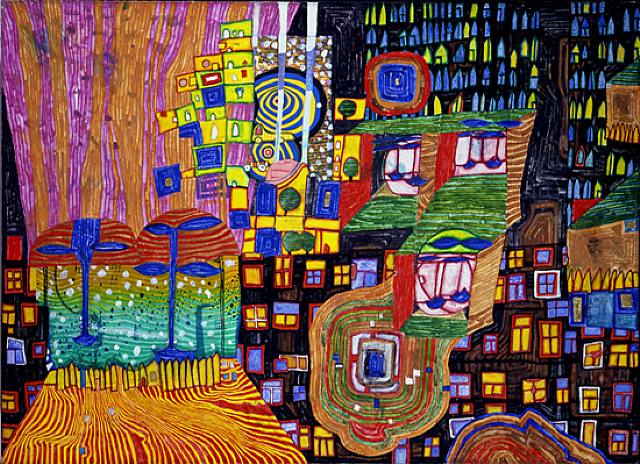 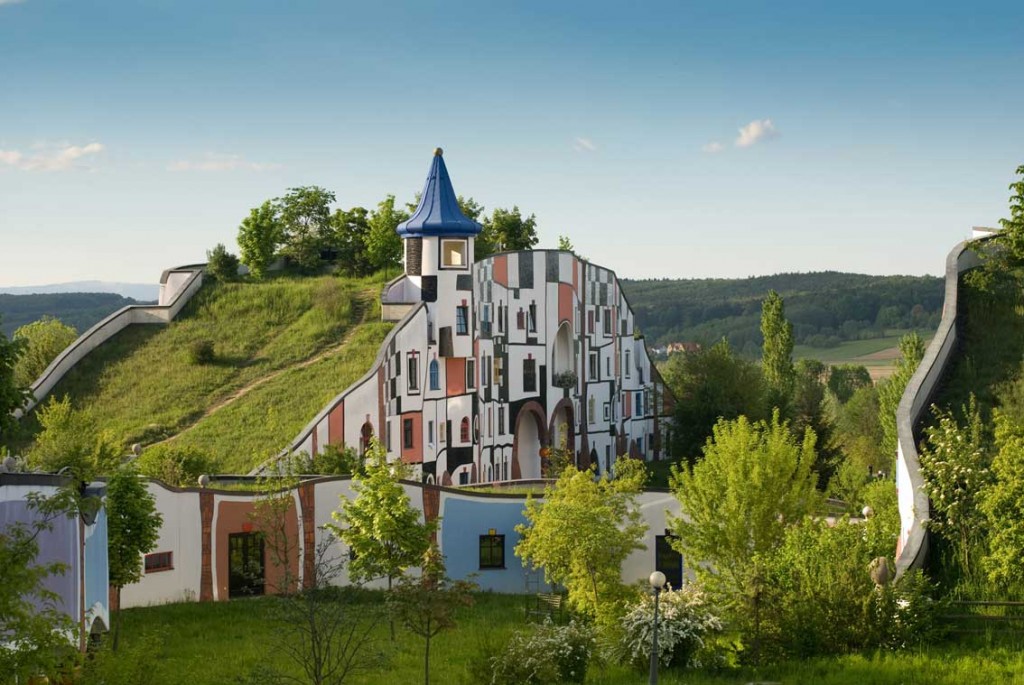 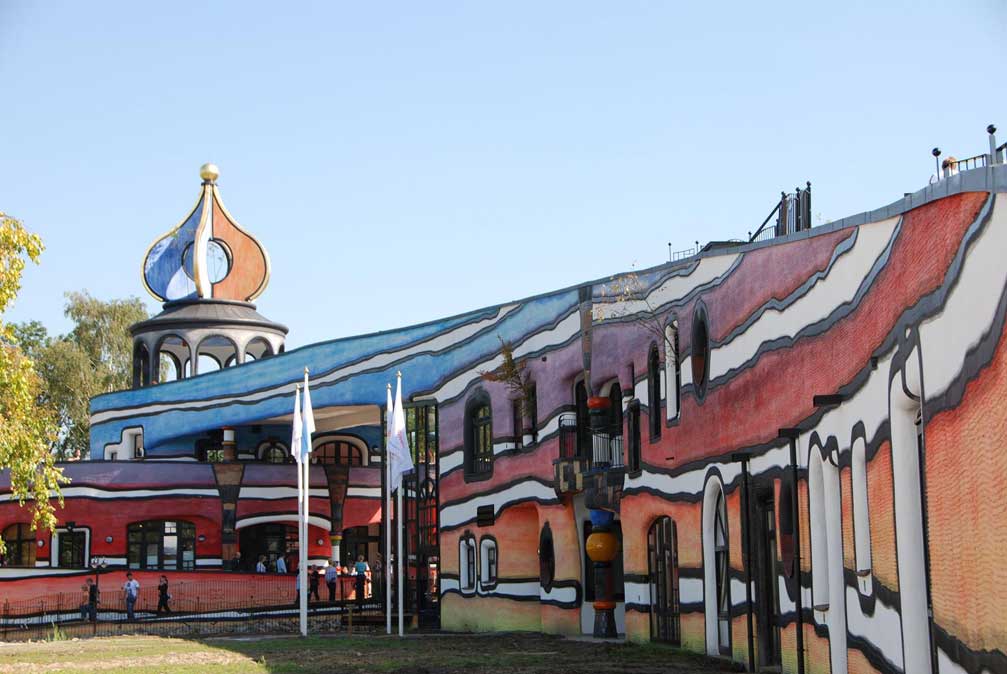 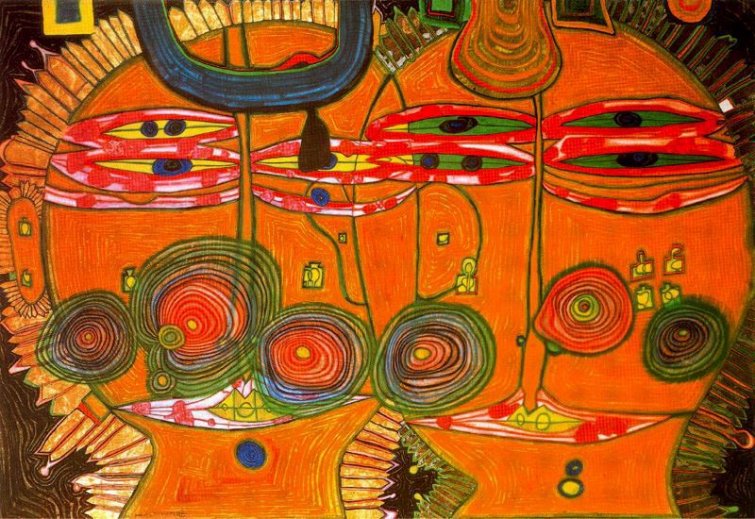 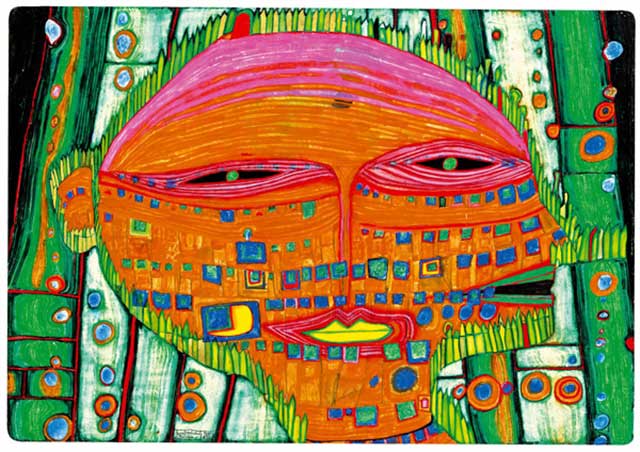 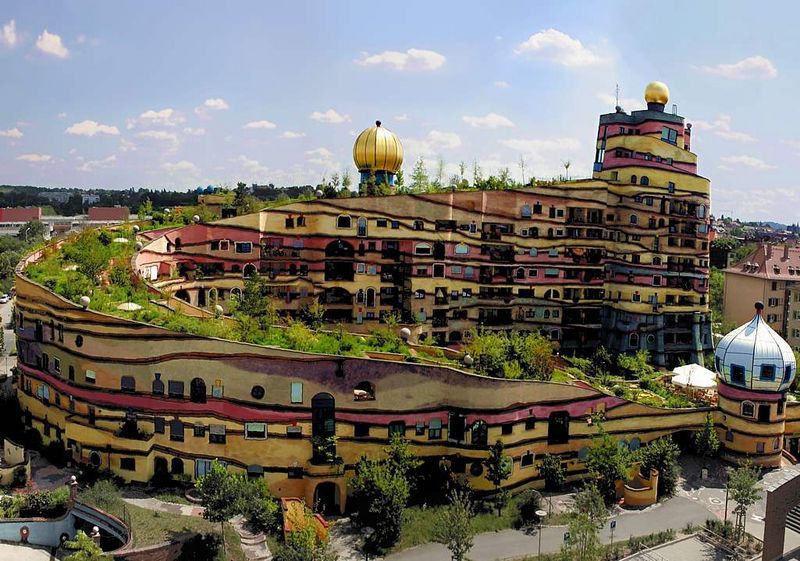