Gustave Caillebotte has only recently been recognized as a significant contributor to the Impressionist movement, more than seventy years after his death. His independent wealth, allowing him to be a major art collector and financial supporter of some of the most well-known Impressionist artists, overshadowed his own contribution to and impact on the art movement of his time. Art historians who have reevaluated his paintings and drawings now assert that his unusual use of varying perspective is particularly commendable and sets him apart from his more famous peers.

Caillebotte was born on August 19, 1848 to Martial Caillebotte and Celeste Daufresne. Gustave’s father had inherited the family’s military textile business and was also a judge at the Seine department’s Tribunal de Commerce. Gustave had two younger brothers Rene (1851-1876) and Martial (1853-1910). The family were well off and in 1860 purchased a summer home just south of Paris, in Yerres. Though Gustave didn’t spend much time focused on art as a child, it is believed that the summers spent at Yerres correspond with the time that Caillebotte began to draw and paint.

Caillebotte went to law school, earning his degree in 1868 and his license to practice in 1870. However, not long after he was drafted into the Garde Nationale Mobile de la Seine to fight in the Franco-Prussian war. Caillebotte was never to return to law. He began instead to study painting seriously, perhaps inspired by his visits to the studio of painter Leon Bonnat. He also attended the Ecole des Beaux-Arts in 1872, but did not stay long.

In 1874, he inherited his father’s fortune, followed by his mother’s in 1878, providing him with the opportunity to study art and paint without the need or burden to sell his work to support himself. The lack of sales of his paintings contributed to the lack of recognition of his work. In fact, many of his paintings are still owned by his heirs.

His financial situation also allowed him to help fund Impressionist exhibitions and support his fellow artists and friends. He amassed a collection of more than seventy works, including masterpieces by Edgar Degas, Pierre-Auguste Renoir, Paul Cézanne, Claude Monet, Berthe Morisot, Camille Pissarro, and Alfred Sisley. Interestingly, a self-portrait shows some of the works he had purchased in the background of his painting. Though he donated his personal collection to the Musée d’Orsay, only two of his own works were included, another contributing factor to his relative unidentified influence on Impressionist art.

Caillebotte was also able to explore other interests because of his freedom from financial obligations including stamp collecting (his collection is now in the British Museum), orchid horticulture, yacht building, and textile design. 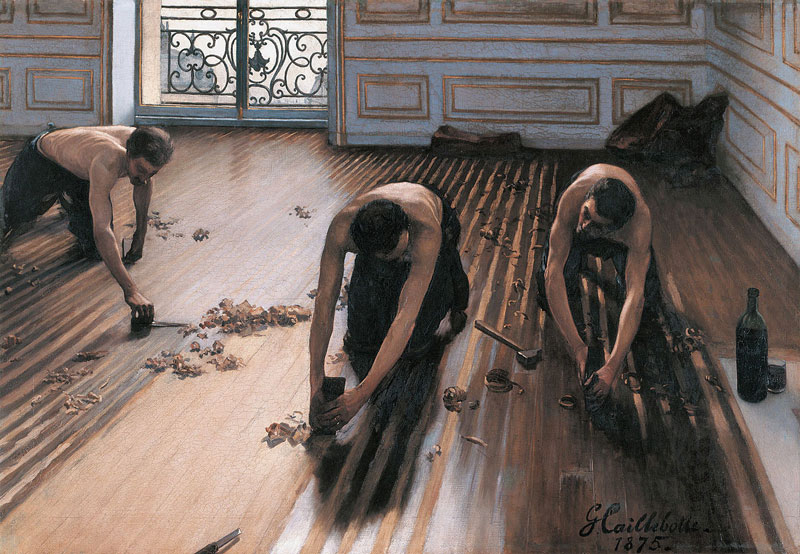 Over a period of six years, Caillebotte participated regularly in and supported Impressionist exhibitions. In 1876 in the second such exhibition, Caillebotte showed eight of his own works. One of the works, Floor-scrapers (1875), now seen as an early masterpiece, was considered “vulgar” by some critics because if its subject of laborers working on a wooden floor. It has been suspected that that is the reason it was rejected by the Salon of 1875. Caillebotte’s subjects of his exhibited work were the people and places he saw in and around Paris. Featuring skewed perspectives and modern subjects, the canvases reflect the changing landscape of the capital following the devastating war and the necessary rebuilding, and the new vision of a modern city.

Caillebotte’s style is most closely linked to Realism but his work was also strongly influenced by his Impressionist associates, and his style and technique varies considerably among his works. Caillebotte painted many domestic and familial scenes, interiors, and portraits. Many of his paintings depict members of his family; scenes of boating, fishing, swimming, dining, card playing, piano playing, reading and sewing all done in an intimate, unobtrusive manner which observes the quiet ritual of upper-class life. Caillebotte also painted some still-life food and flowers, and a few nudes. 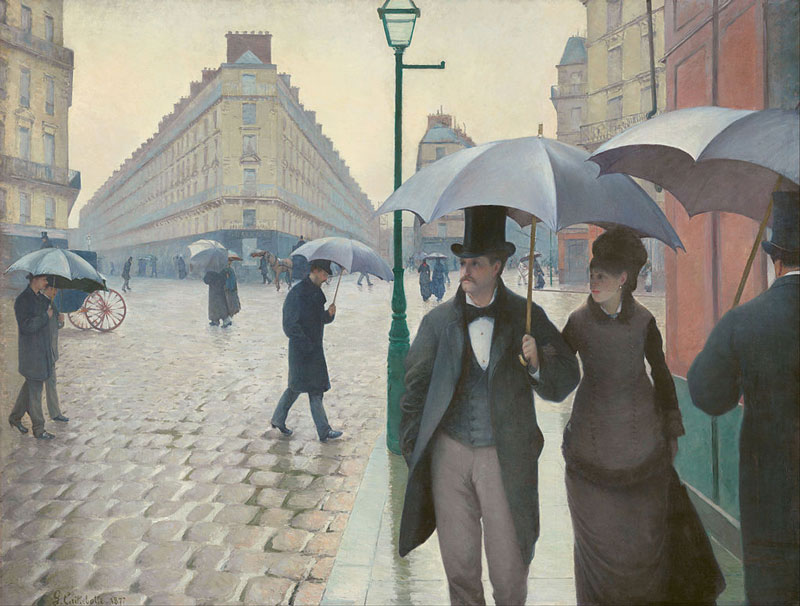 aillebotte’s paintings of urban Paris are his most striking and most well-known: The Pont de l’Europe (Le pont de l’Europe) (1876), and Paris Street; Rainy Day (Rue de Paris; temps de pluie, also known as La Place de l’Europe, temps de pluie) (1877). Photography was just coming into common use at the time, and Caillebotte may have used this new technology in planning and executing his works.

Caillebotte had purchased a home on the Seine River at Petit-Gennevilliers near Argenteuil, in 1881. He moved there permanently in 1888. Caillebotte’s stopped painting large canvases in the early 1890s and also stopped showing his work at just 34 years old – another factor in keeping his work in the background compared to that of his colleagues. He spent much of his time gardening, building and racing yachts with his brother, Martial, and visiting with his friend Renoir. Though Caillebotte did not marry, the fact that he left a large annuity to Charlotte Berthier, a woman eleven years his junior and of the lower class, seems to support other evidence that he had a long-term serious relationship with her.

Caillebotte died of pulmonary congestion while working in his garden in 1894, at age 45, and was interred at Pere Lachaise Cemetery in Paris. 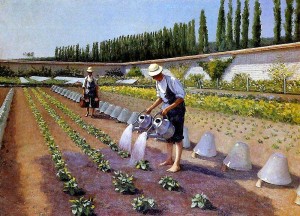 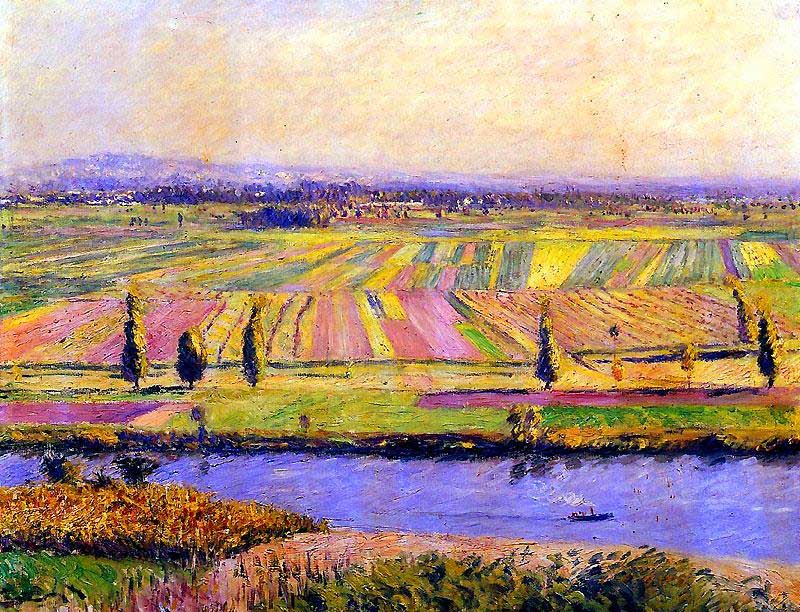 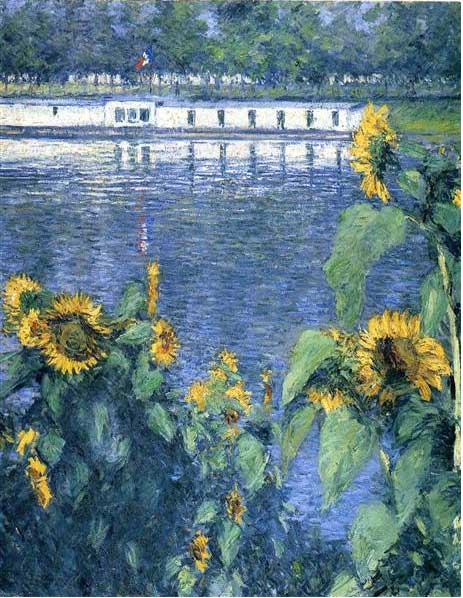 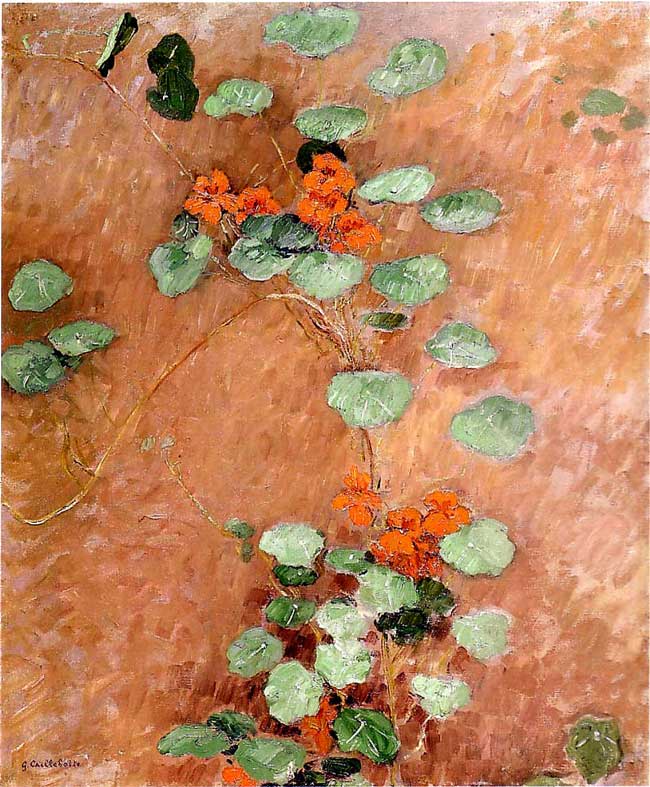 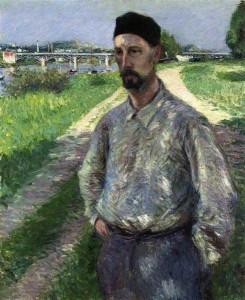 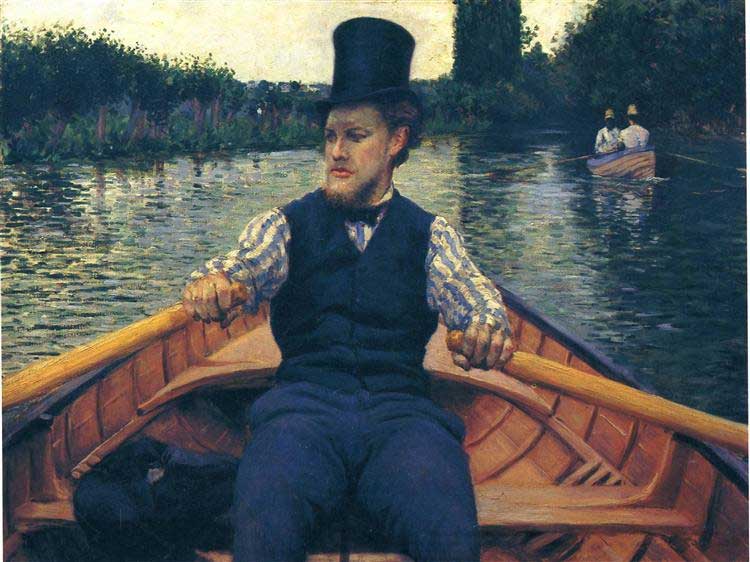 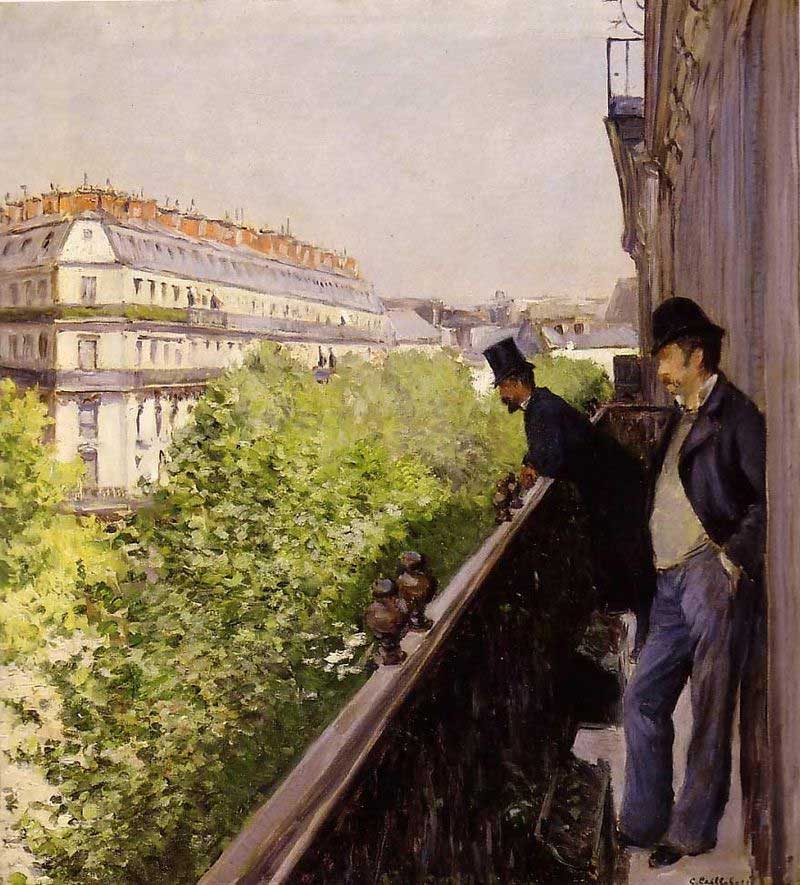 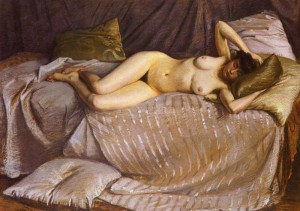 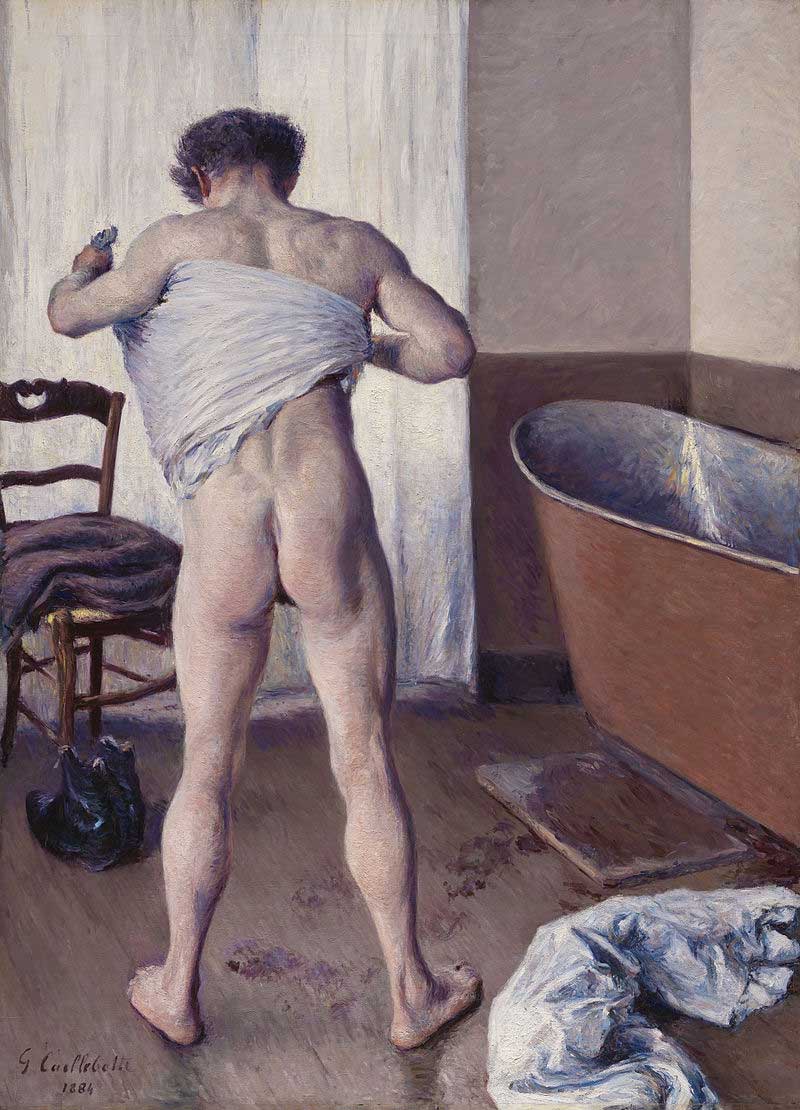