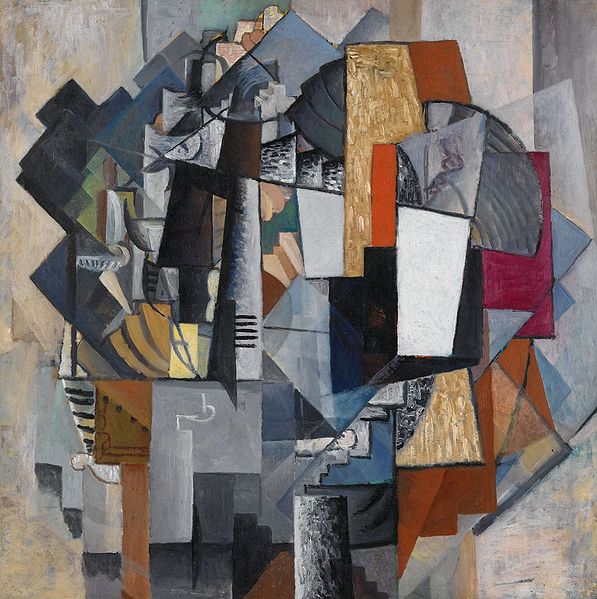 Born near Keiv, Ukraine on February 23 or 26, 1878 or 1879, depending on who you talk to, Kazimir (Kasimir) Malevich was a Russian painter, printmaker, decorative artist and writer. Though relatively forgotten until recently, Malevich is now recognized as a  pioneer of geometric abstract art,  an originator of the Avant-garde Suprematist movement, and one of the major artists of the 20th century.

Malevich began painting at age 12 and studied at the Kiev School of Art from 1895-96. He grew up in the Ukraine until the family moved to Kursk, Russia in 1896 where he and his father worked for the railway company.  In 1903, Malevich  studied at the Moscow School of Painting, Sculpture and Architecture. In 1904, he studied a the Stroganov School in Moscow and privately with painter Ivan Rerberg.

At the beginning of his career, Malevich experimented with various Modernist styles and participated in avant-garde exhibitions, including the Moscow Artists’ Association alongside Vasily Kandinsky and Mikhail Larionov, and the Jack of Diamonds exhibition of 1910 in Moscow.

In 1915, Malevich published his manifesto “From Cubism to Suprematism” and laid out the foundations of the Suprematist movement which focused on fundamental geometric forms, in particular the square and circle. In 1916-1917, he participated in exhibitions of the “Jack of Diamonds” group in Moscow with other Suprematist artists including Nathan Altman, David Burliuk and A. Ekster.

In 1919, Malevich joined the art school in Vitebsk (Viciebsk), directed by Marc Chagall. While there, he established a movement of his own called “Unovis” (Affirmers of New Art). The movement focused mainly on his ideas on Suprematism and produced a number of projects and publications that greatly influenced the avant-garde in Russia. After Chagall’s retirement in 1919/20, Malevich’s interest in theoretical and philosophical topics grew and he abandoned painting for several years, to concentrate on teaching and writing. He continued to develop his Suprematist ideas in his ‘architectural’ works, including cardboard models of Utopian towns.

From 1922 to 1927, Malevich taught at the Institute of Artistic Culture in Petrograd, and between 1924 and 1926 he worked primarily on architectural models with his students. In 1927, he took up painting again and traveled with an exhibition of his work to Warsaw and Berlin.  Malevich arranged to leave many of his paintings behind when he returned to the Soviet Union. “Malevich’s assumption that a shifting in the attitudes of the Soviet authorities towards the modernist art movement would take place after the death of Lenin and Trotsky’s fall from power, were proven correct when the Stalinist regime turned against forms of abstractism, considering them a type of “bourgeois” art, that could not express social realities. As a consequence, many of his works were confiscated and he was banned from creating and exhibiting similar art. Critics derided Malevich for reaching art by negating everything good and pure: love of life and love of nature. Malevich responded that art can advance and develop for art’s sake alone, regardless of its pleasure: art does not need us, and it never needed us since stars first shone in the sky.”

In 1934, Malevich became seriously ill with cancer. The artist planned his own funeral, designed his own coffin which was decorated with a black square and circle.  Malevich died on May 15, 1935. His coffin was carried through the streets of Leningrad on a truck followed by many artists and friends. After his cremation in Moscow, the urn was placed in the fields near Nemchinovka.

Up until the late 1950’s,  Malevich’s work was remembered only by a small group of artists and collectors in the Soviet Union and in Europe.  Between 1956 and 1958,  a large group of his paintings, originally shown in Berlin in 1927, were acquired by the Stedelijk Museum in Amsterdam. This led to renewed interest in his work.  Since then, Malevich has been widely recognized as one of the major artists of the 20th century. 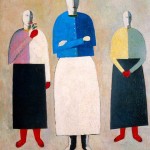 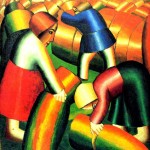 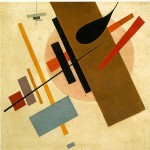 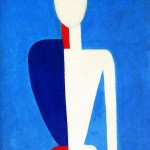 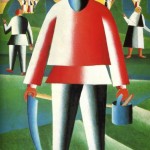 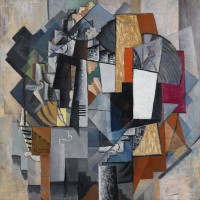 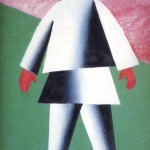 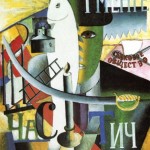 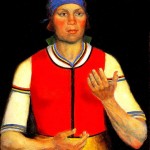 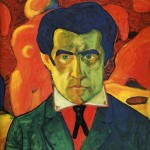 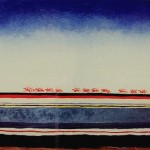 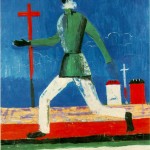