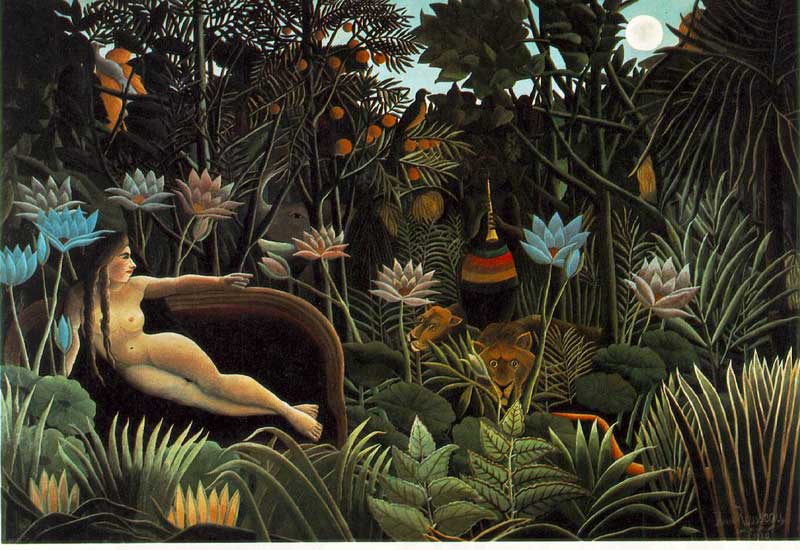 Born in Laval, France on May 21, 1844, Henri Julien Félix Rousseau is considered to be the archetype of the self-taught artist and one of the first of the Naïve or Primitive artists.  “Rousseau’s brightly coloured, dream-like paintings, many of them depicting exotic subjects, anticipated some of the major artistic movements of the 20th century, including Surrealism.”

Following high school, Rousseau worked for a lawyer and studied law but joined the army in 1863 after committing a minor perjury.  In 1868, he moved to Paris after the death of his father and took a job with the Paris government as a custom’s official.

As his career moved forward, Rousseau increasingly associated with the avant-garde. He exhibited alongside the Fauves at the Salon d’Automne in 1905 where he met Apollinaire, Robert Delaunay, Picasso and others. By 1910, sales of his work grew considerably.

Unfortunately, on September 2, 1910,  as his work was beginning to gain recognition, Rousseau, died after suffering from an infected leg wound.

At the end of 1910 Max Weber organized an exhibition of Rousseau’s works at the 291 gallery in New York, and in 1911 the Salon des Indépendants held a retrospective of forty-five paintings and five drawings.

Check out Rousseau’s “The Dream” and “The Sleeping Gypsy” up close on Google Art Project. 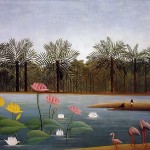 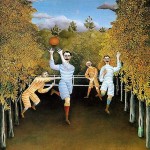 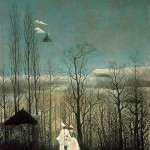 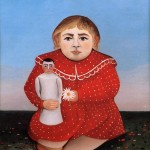 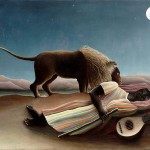 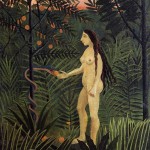 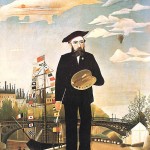 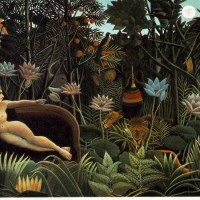 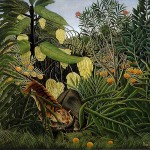 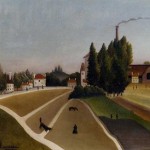 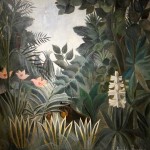 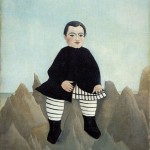 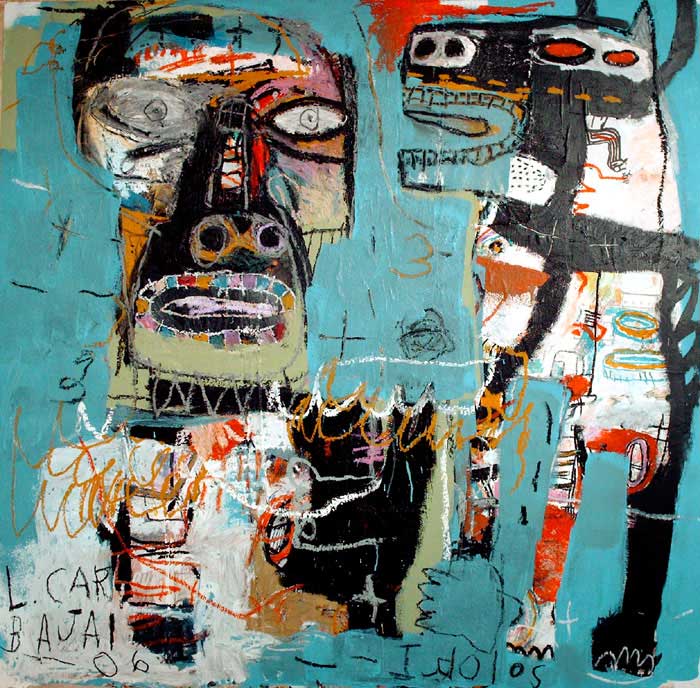 American artist Lyle Carbajal uses his paintings to explore the unintentional. “Through the use of color, bold line and image placement he hopes to capture the naiveté of daily life.” Influences include the Brut and Cobra groups of past and present, the naïve artists of Latin America, graphic designers and illustrators, religious painters, and children.

“His focus on the face is evident in each painting, where visages are wild-eyed and gripped with anger, terror, confusion or pain.  The depictions of extreme emotive states in his paintings are as raw and innocent as those of a child.  Childhood memories and his Latin American background have helped Carbajal search for a primitive expression of the world.”

Of his work Carbajal says, “Although I lack a formal education in painting, a degree in design taught me to see shapes, colors, typography and distinct references. Life’s landscape, on the other hand, taught me about Mexican masks and muralism, functional graphics, vandalism, Haitian flags, folk signage, randomness and urbanism, all which find their way into my work. It is through this extensive knowledge of both popular and primitive cultures that helps in the creation of my pictures.”

Carbajal’s work has been exhibited in galleries around the world including Museu de Estremoz in Portugal, the Caro D’Offay Gallery in Chicago, and Art Fair in Denmark.

To see more of Carbajal’s paintings, visit LyleCarbajal.com.  There is also a good interview on ArtQuotes.net. 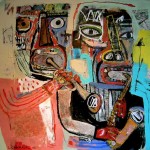 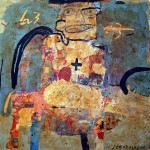 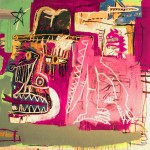 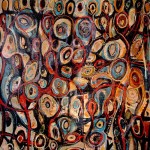 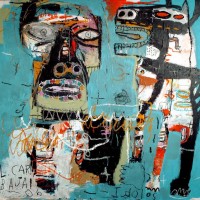 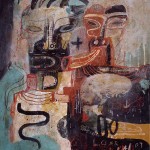 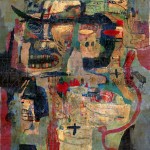 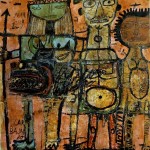