“Peter Schacht is a Kitchener, Ontario, Canada based illustrator and visual artist who specializes in painting interpretive narratives using uniquely stylized figures. He carefully gathers pieces of wood consisting of spontaneous areas of texture that are later enhanced with carving tools. For him working with found wood strengthens each composition providing more depth and intrigue. Through constant experimentation with colour and layering using both acrylic and oil, Peter has discovered that each is equally important within his creative process.

Peter attended Sheridan College in Oakville, Ontario majoring in Interpretive Illustration which consisted of studies in Book, Editorial and Advertising Illustration along with design, painting, computer studies, media explorations and conceptual processes. Exploration of various themes has led him to tell meaningful visual stories involving growth and change in and around human relationships. More recently, he has begun reflecting upon a concern for the relationships between people, wildlife and the environments they coexist in.” (from artist website) 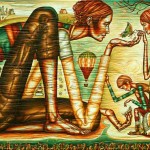 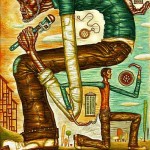 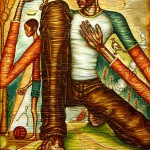 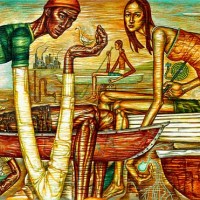 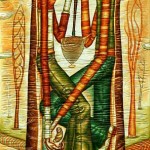 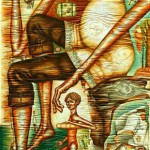 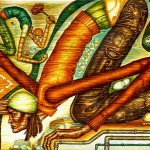