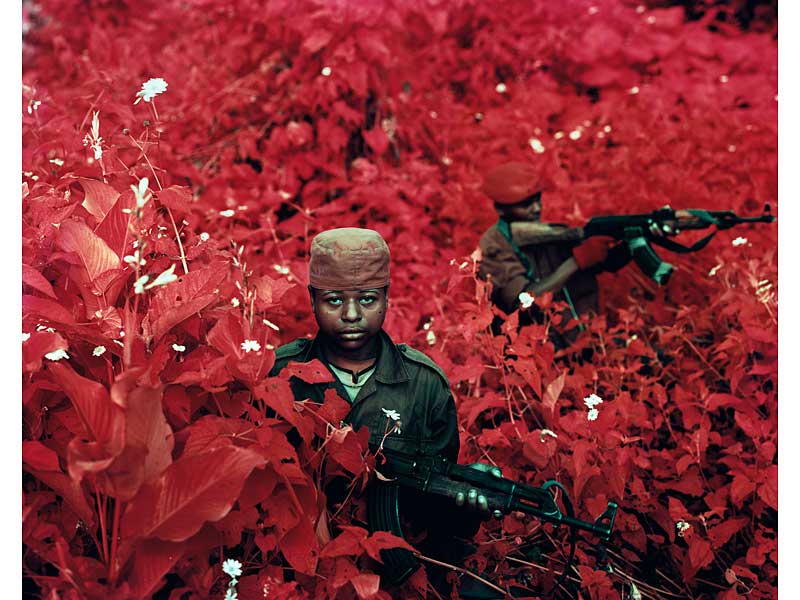 Born in 1980 in Dublin, Ireland, New York based photographer Richard Mosse has an MFA (Photography) from the Yale School of Art, a postgraduate diploma in fine art from Goldmisths, and a BA in English Literature from Kings College, London. Mosse comes from a family of artists, “My grandfather was a sculptor, my uncle is a painter, and my mother studied at Cooper Union under Hans Haacke, so becoming an artist was very natural. My parents are potters, and photography seemed like a kind of antidote to that. Its light-sensitive simulation is at a far remove from ceramics so I took to it at an early age.”

Mosse has photographed postwar ruins in the former Yugoslavia, cities devastated by earthquake in Iran, Pakistan, and Haiti, the occupied palaces of Saddam Hussein, airport emergency training simulators, the rusting wreckage of remote air disasters, nomadic rebels in the Congolese jungle, and more. His work is generally photographed in large format and presented large scale, with a “penchant for the staggering, the allusive, the historical, and the sublime. Mosse is revealed as a practitioner intent on challenging the orthodoxies of documentary photography, in particular the contexts, imperatives, and “responsibilities” that are often both assumed by and imposed upon the documentary genre, and indeed upon the photographic medium as a whole” (Aaron Schuman – Aperture Magazine)

Mosse has exhibited in numerous solo and group exhibitions around the world and is the recipient of the 2012 Künstlerhaus Bethanien, Berlin (Residency), the 2011 John Simon Guggenheim Memorial Foundation Fellowship, and other awards. 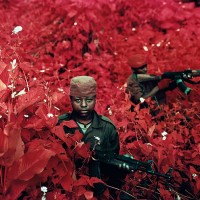 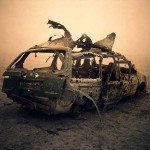 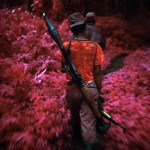 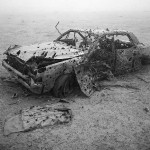 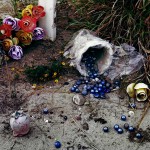 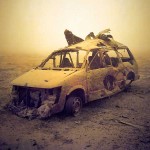 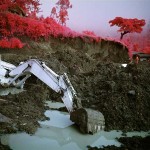 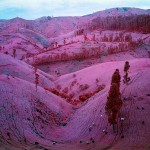 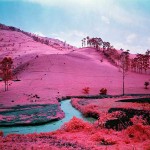