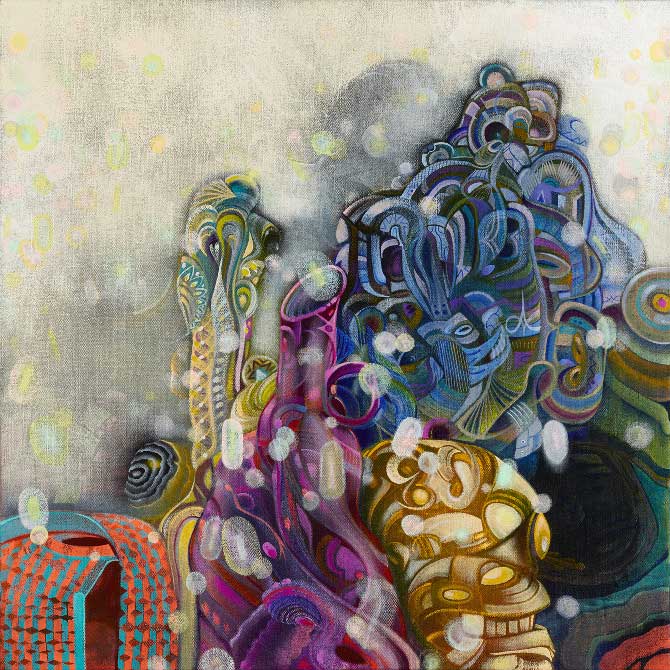 The latest works from Seattle based artist Robert Hardgrave (featured).  Of his recent pieces, Hardgrave says, “My paintings are meditations on the unpredictability of life. Despite all the information we are given, I believe much is unknown to us in the moment, with clarity only achieved upon later reflection. My working process parallels this belief. There is never an overall plan or formula in my work, but allowing the imagery to manifest itself, it becomes an exercise in movement and a dedication to discovery. It is about the excitement in each evolving moment in life be it minute or grand and savoring it.”

See more at RobertHardgrave.com or check out his photostream on Flickr. 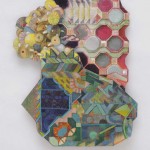 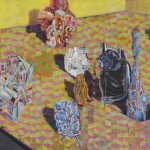 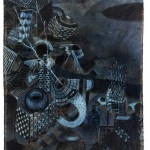 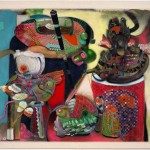 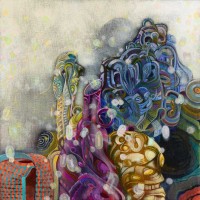 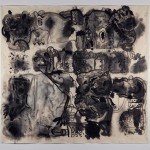 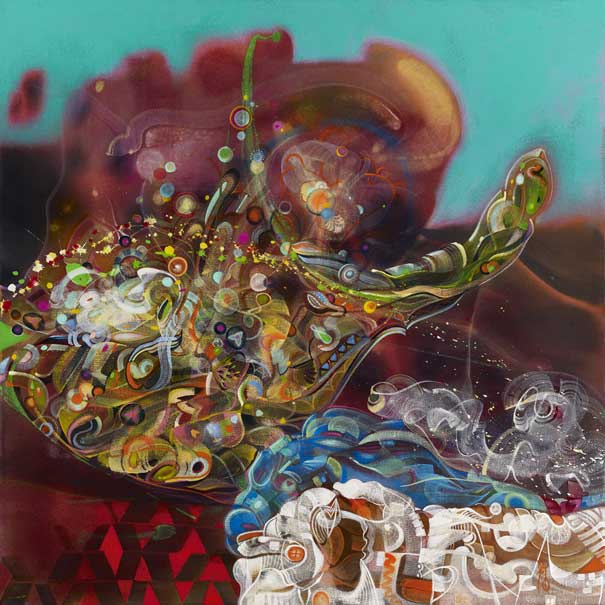 Seattle based mixed media artist Robert Hardgrave has a new solo show at David B. Smith Gallery.  Entitled “Relic”, these new works have been described as “fresh, unpredictable, spontaneous and exciting, evolving from his positive philosophy, from his spontaneous way of working, and from his use of cultural motifs.”

Of his work, Hardgrave says, “Recently, my studio practice has led me into new territories. Where I once pre-planned an idea before painting, I now require myself to approach what Iʼm doing as an “unknown.” What begins as a flat painting can now become something else entirely. I allow myself the freedom to explore different configurations. The canvas is a starting place for a conversation that leads me to new insights about pictorial and sculptural forms. Pieces become surfaces that I can “destroy,” only to take their remains and build something new. Where I once tried to present answers with my work, I now find myself asking questions about what I can do with the leftovers, how I can reconfigure the scraps and how it will change the way I paint.  Cultural motifs from around the world have inspired me for quite some time now. Iʼm interested in marks that are made on baskets, textiles, and vessels. I utilize them as starting points when I paint. Most recently, Iʼve been drawn not just to those marks, but also to the objects on which they are painted. This trajectory of thought has had enormous implications for me. I wonder how I can take this idea of the “object” in its sculptural form and present it as a painting.” 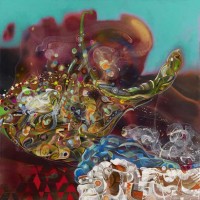 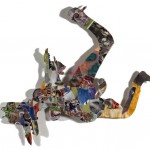 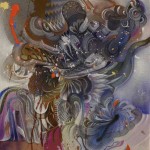 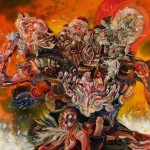 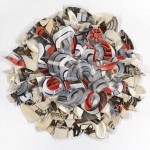 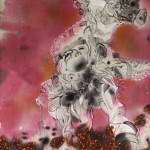 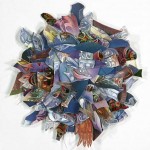 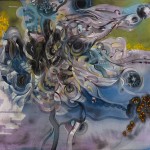 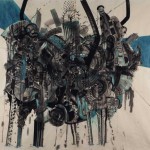