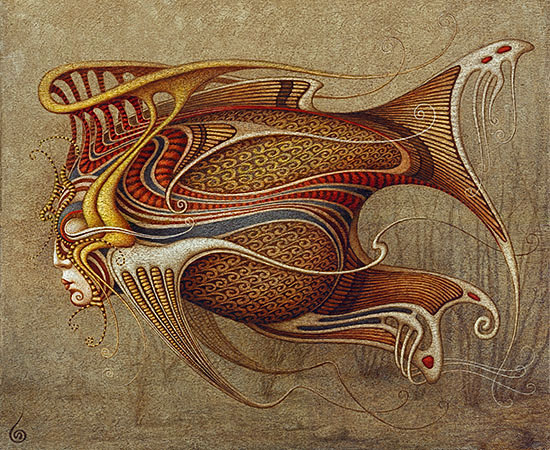 Born in Leningrad in 1967, Boris Indrikov currently lives and works in Moscow. From 1991 to  1997 he was a book designer and worked as an illustrator for the popular science magazine “Chemistry and Life”.

Indrikov works mainly in fantastic realism in his painting, as well as in graphic design and small-form plastic. He has been a member of the Creative Union of Artists of Russia and the UNESCO International Federation of Artists since 1998. His work has been exhibited numerous shows in Russia and abroad including representation by  Galerie Horizon in the Netherlands. His work is in private collections in Russia , Sweden , Germany , France , Switzerland , Japan and the United States.

To see more of Indrikov’s work visit Indrikov.com or check out his profile on Deviant Art. 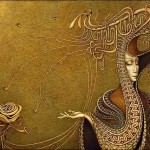 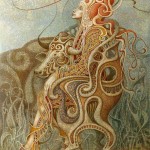 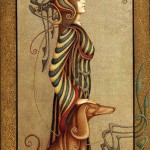 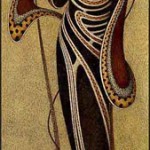 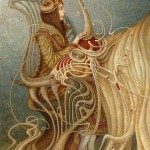 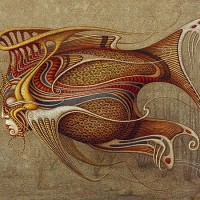 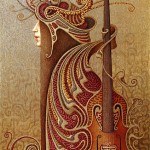 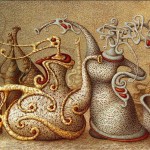 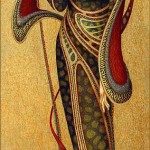 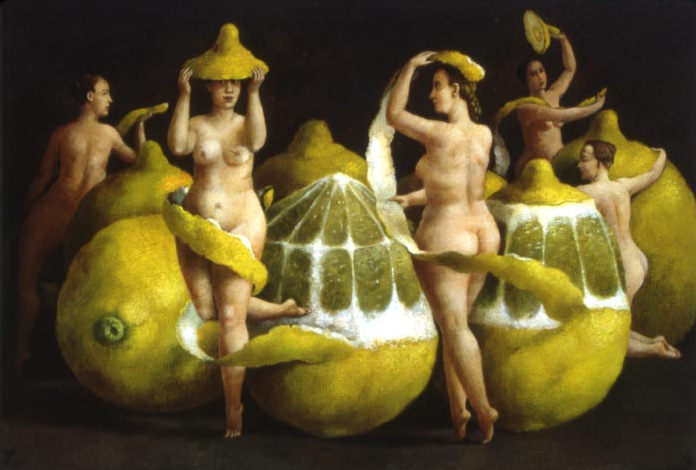 New York based, (Russian born) painter Ilya Zomb studied at the Odessa State Art College and the Odessa Art School between 1971 and 1979, majoring in fine arts.

“Zomb’s images of ballerinas, elephants, and gigantic fruits appear as if out of a dream, but the artist says it’s the everyday life in New York,where he lives, that inspires his flights of fancy.

Occupying the shadowy space “between the possible and impossible, the real and unreal,” Ilya Zomb’s brilliantly conceived, chimerical paintings lie at the elusive intersection of reality and pure fantasy. They are reminiscent of such diverse masters as Botticelli, Degas, and Magritte – but perhaps one of the most intriguing aspects of this Russian artist’s work is that, despite myriad tempting comparisons, it remains curiously unique.

Zomb’s images can be incredibly theatrical, recalling the dream sequences often found in productions of dance, or the nature-defying feats of circus performers. At other times the scenes have a mythical, literary feel, and we can easily imagine them as sumptuous illustrations for a lost book of parables penned by the likes of Scheherazade. An intensely perceptive artist, Zomb never fails to account for the contradictory emotions provoked by the uncertainty of reality. His works are dynamic with an air of celebration, of a spectacular and opulent grand finale, while other pieces of his are poignant and meditative as a still pool.” (from Campton Gallery)

Zomb’s paintings have been exhibited in group and solo shows across the United States and his work is in the permanent collection at the Knoxville Fine Arts Museum. As well, his work has been featured in numerous publications including Entree Magazine, The New York Observer, The Week, and others.

To see more of Zomb’s paintings visit his website at ZombArt.com. For a more detailed biography, visit the  Campton Gallery or Caldwell Snyder Gallery websites. 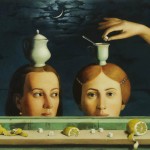 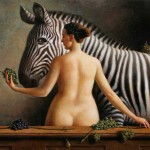 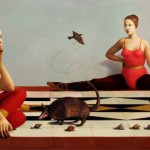 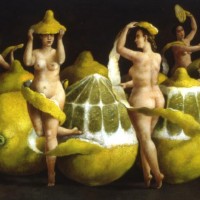 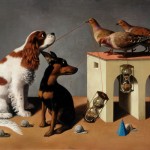 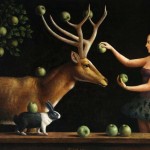 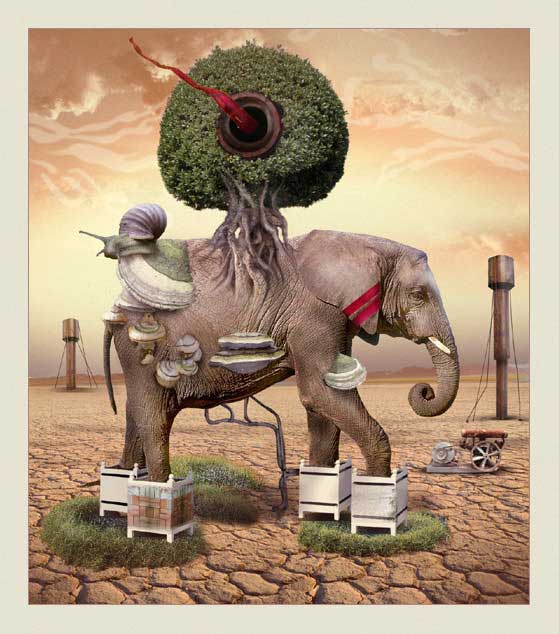 Tatiana Kazakova is a graphic designer and illustrator from the city of Novosibirsk, Russia.  To see more of Kazakova’s work, visit tk79.ru or check out her profile on Behance Network. 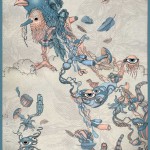 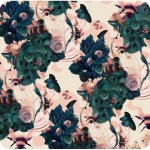 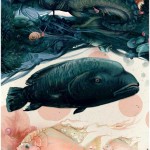 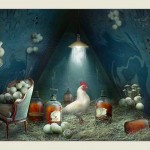 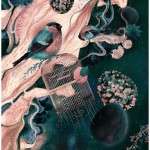 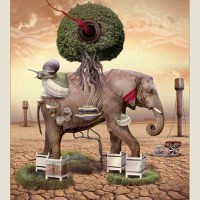 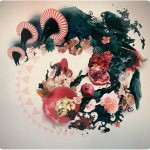 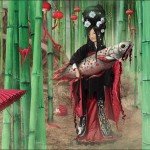 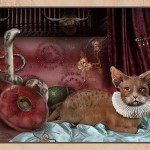 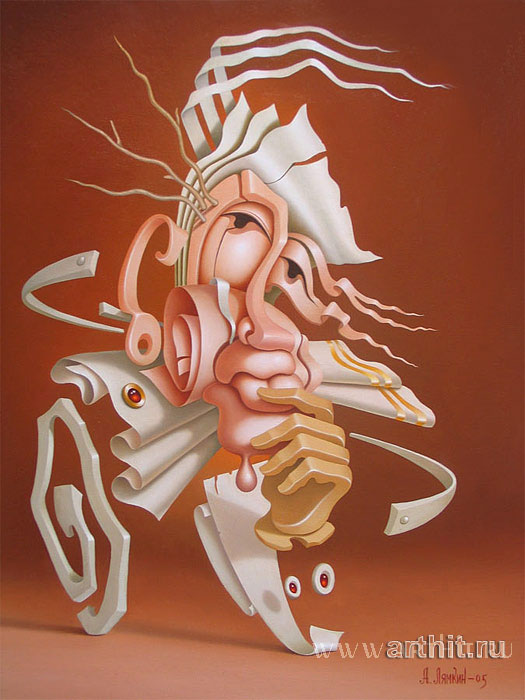 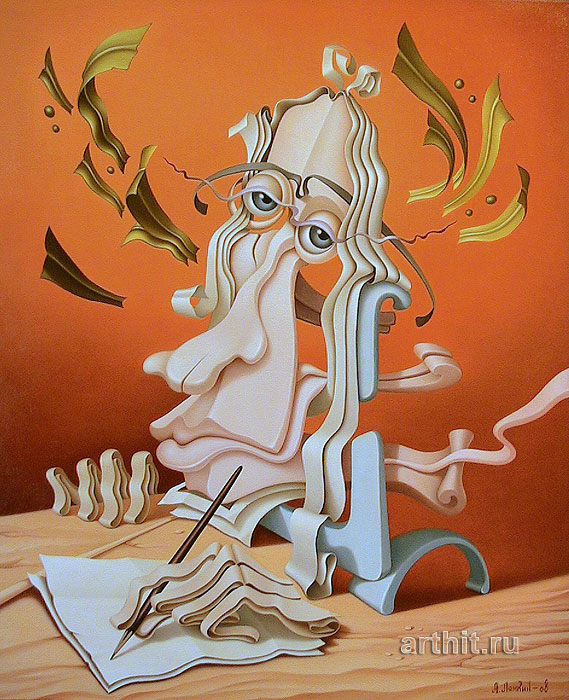