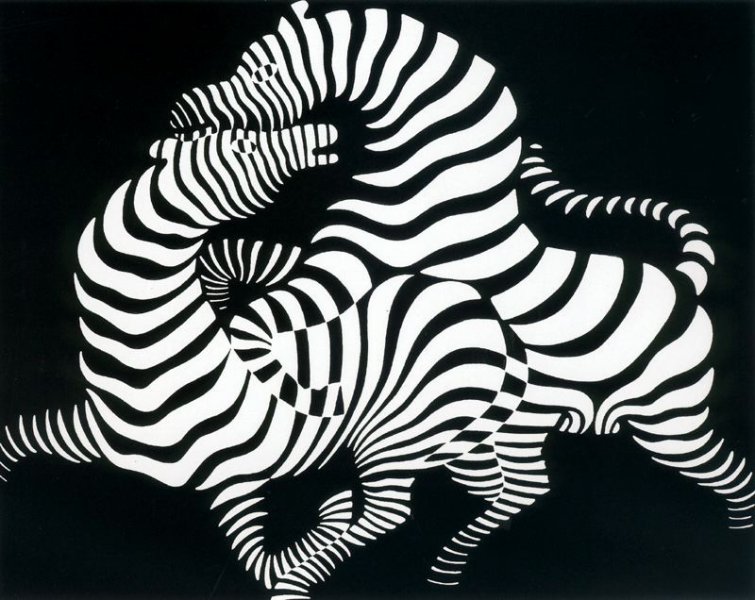 Victor Vasarely was born in Pécs, Hungary on April 9th, 1906.  Vasarely grew up in Piešťany, Slovakia and then Budapest where he studied at the ‘Mühely’ Academy which was known as the centre of Bauhaus studies in Budapest. In 1930, Vasarely moved to Paris where he worked as a graphic artist and creative consultant and developed his style of geometric abstract art.

Vasarely is acknowledged as the leader of the Op-Art movement (optical art) and for his innovations in color and optical illusion. His works can be seen in  almost every major museum in the world that has a collection of contemporary art. Museums in Aix-en Provence, France; Pecs, Hungary; and a wing of the Zichy Palace, Hungary, are devoted exclusively to his work.