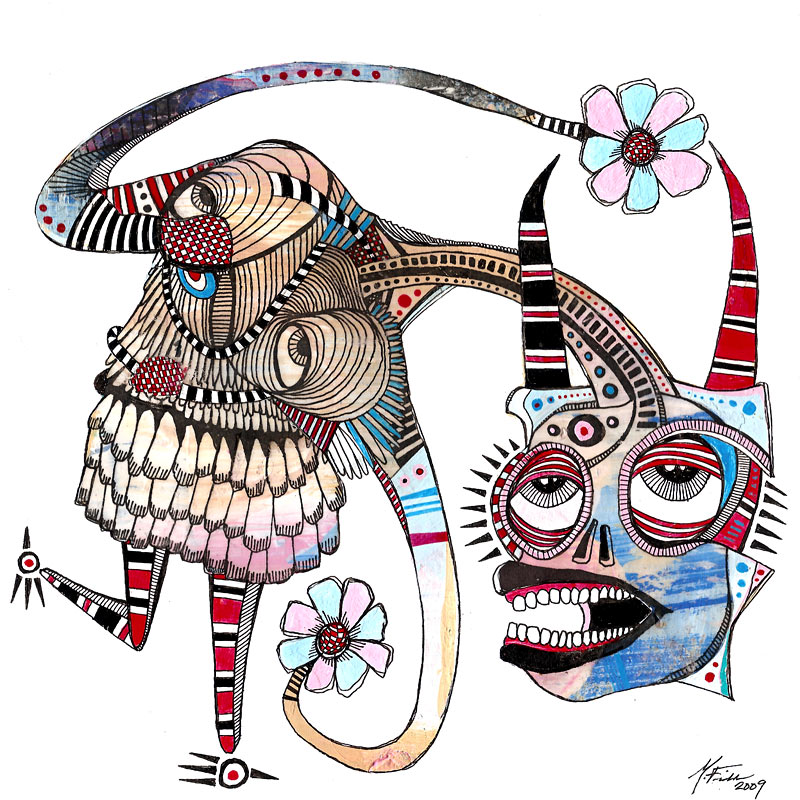 Michael Fields is a self-taught artist based in Portland, Oregon. His work focuses “primarily on the duality that exists inside each and every one of us. The feral beast confounded by logic and order… the internal struggle between instinct and knowledge…” (from artist website) Fields is also a graphic designer and WordPress developer. 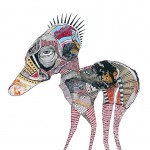 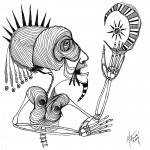 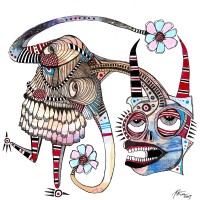 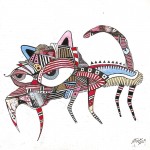 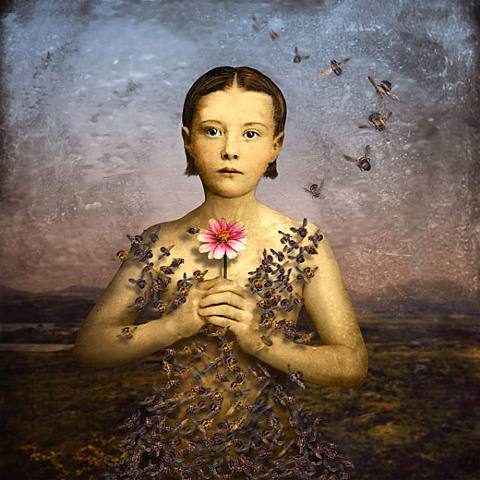 Some of today’s images may look familiar to you, especially if you’re a fan of the TV show “Ghost Whisperer” where they appear in the show’s intro. Born in Cleveland, Ohio, Maggie Taylor has a BA  in philosophy from Yale University and an MFA  in photography from the University of Florida.

Taylor’s work is featured in “Adobe Photoshop Master Class: Maggie Taylor’s Landscape of Dreams”, “Solutions Beginning with A” , and “Alice’s Adventures in Wonderland” by Lewis Carroll . Her images are in numerous public and private collections including Princeton University Art Museum, The Fogg Art Museum, Harvard University, Harn Museum of Art, University of Florida, The Museum of Fine Arts, Houston, and The Museum of Photography, Seoul.  She currently lives in Gainesville, Florida. 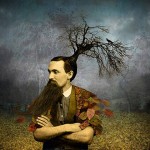 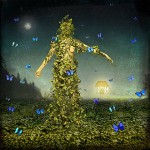 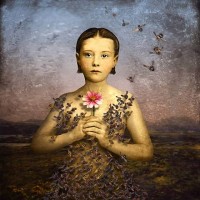 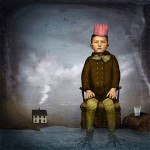 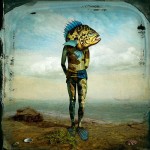 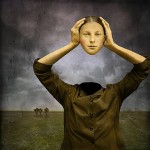 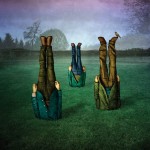 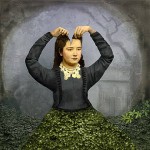 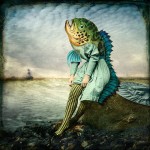 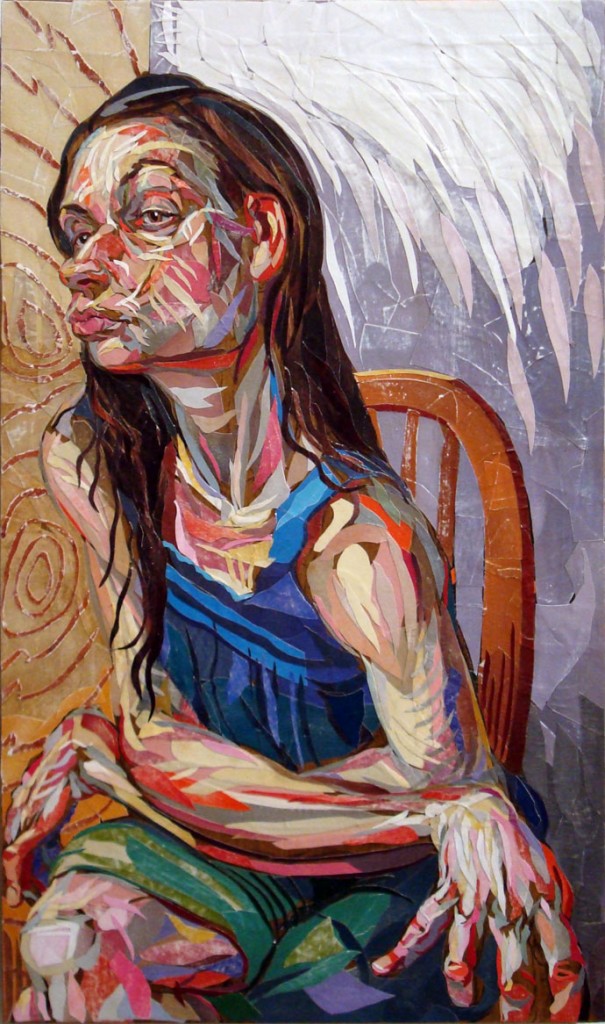 Today’s image is by the versatile Brooklyn, NY based artist ELBOW-TOE. “ELBOW-TOE has been creating introspective urban art for several years. His artwork for the streets is grounded in myth, symbolism and poetry and is primarily executed  in woodcut, stencil or large-scale charcoal drawings. His oeuvre is a study of human gesture as communication and he utilizes public spaces as stages for private moments. He is particularly interested in the ability of environmental forces outside his control to create a timeless quality to the work thereby allowing it to feel as if it has been memory and is part of the collective unconscious.

ELBOW-TOE’s gallery work focuses on portraiture and abstract narrative and is primarily executed in collage. These intricate collages at first glance might be mistaken for paintings given that they have a fluidity rarely seen in collages. Whilst his work has a very unique style it draws on a rich history of figurative painting and has qualities reminiscent of Freud, Bacon and Soutine.” (bio from artist’s website)

Check out more of Elbow Toe’s work at Elbow-Toe.com or see his photostream on Flickr. 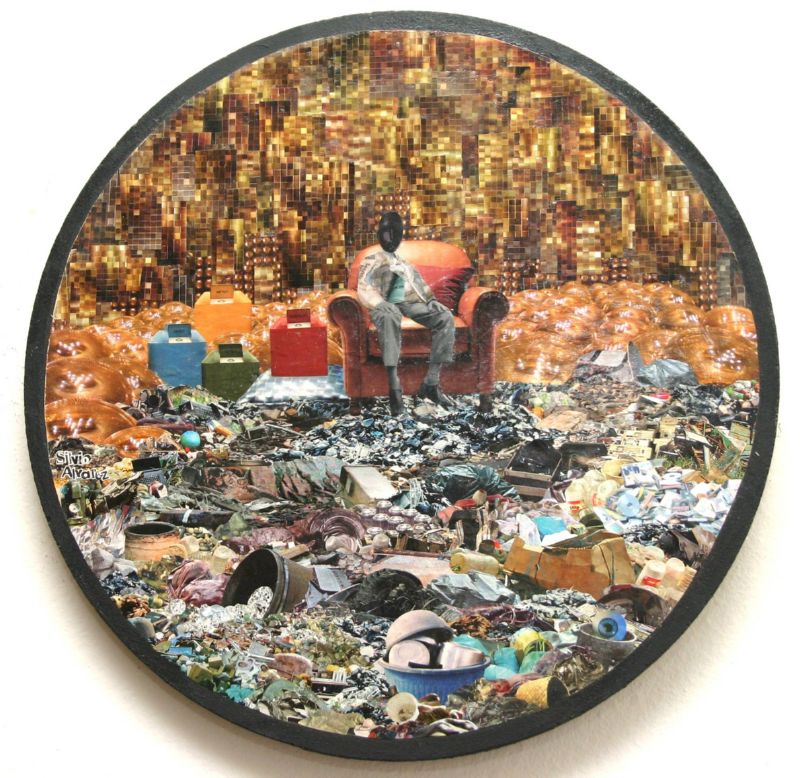 Today’s feature is São Paulo, Brazil artist Silvio Alvarez.  Alvarez is self-taught and has been working with collage since 1989.

I find Alvarez’s work  very interesting: “He gives us a cheerful picture of everyday life in the big city, without, however, failing to provide a critical analysis of society.

Silvio believes that the most important raw material in his work – even more important than paper – is patience. He cuts out images from magazines or publicity leaflets, one by one, to create a world that is wholly his own, magic and surreal.” (from Art Slant ) 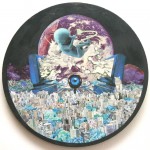 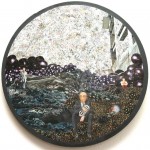 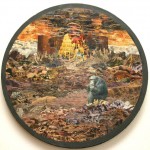 Saturday’s image is by Brazilian artist João Ruas. Ruas has exhibited numerous times at ThinkSpace Gallery in Los Angeles as well as other venues in the US. To see more of Ruas’ work, visit Feral-Kid.com. 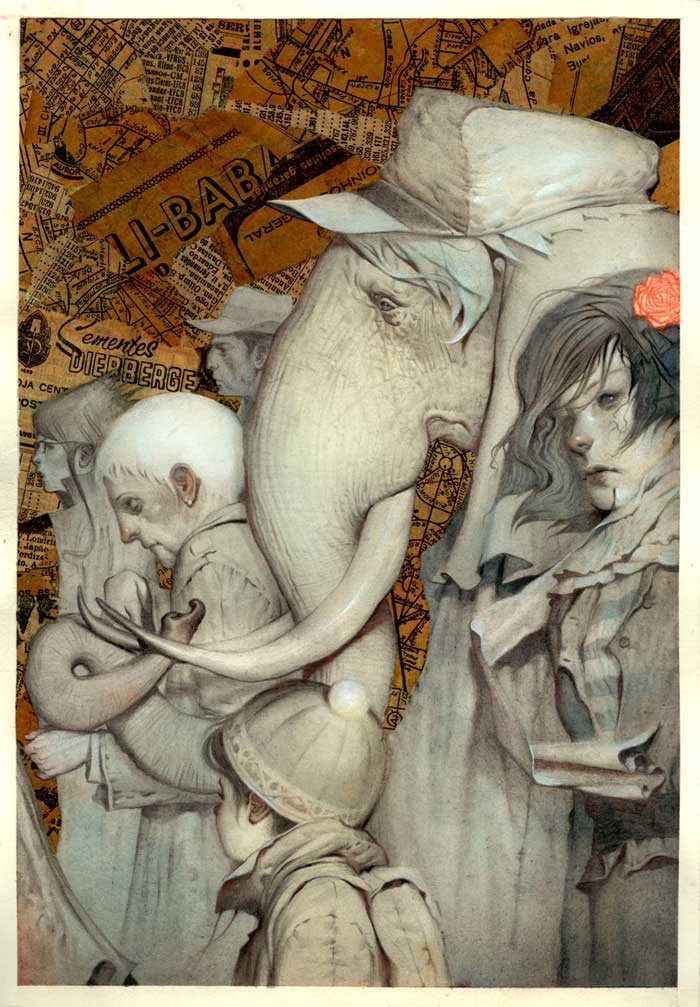 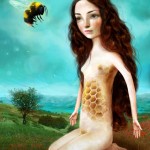 The Hive and the Honey Bee © Lisa Falzon

Most of Falzon’s work is digitally assembled in Photoshop though she also works with oils and acrylics. Her creations are a mix of small photo parts that are cut out then combined and airbrushed to create a unique merger of painting and collage.

Falzon’s work has extended to book covers, CD art, children’s book illustrations, and  advertising. She also plans to try her hand at comics in the near future.

If that isn’t enough, Falzon is also a writer and her first novel, ‘Xi Mkien Iehor’ was published in 2008 by Merlin, Ltd. in Malta. She also has a micro-fiction blog where you will find her wonderful stories that are exactly 50 words long.

To see more of Lisa Falzon’s work visit LisaFalzon.com or view her profile on Deviant Art.  Follow this link to see just how she makes her compelling digital collages. 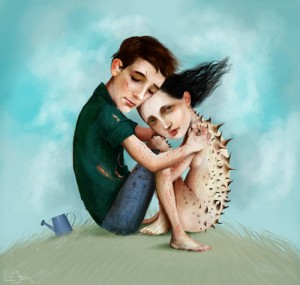