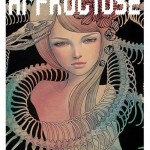 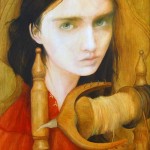 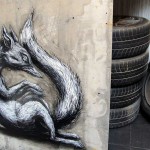 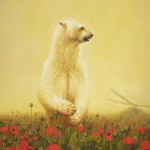 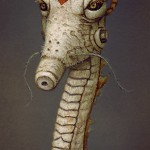 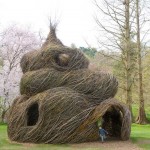 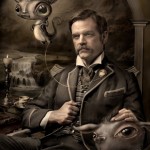 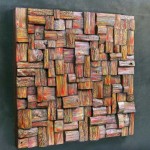 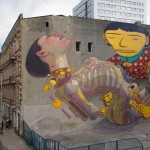 One of my faves, Scott Musgrove has a new show at the Jonathan Levine Gallery in New York.  In this new exhibition called “How is the Empire?”, Musgrove’s paintings and sculptures “illustrate his creative take on evolution, presenting an alternative theory of un-natural selection that would conceivably cause Charles Darwin to turn over in his grave.”

“While he often titled previous work using the formal “binominal nomenclature” system of latin-based scientific species classification, the artist chose to title some of the works in this show with famous last words of historical figures, instead. For example, How Is The Empire?—the title of one painting and of the show itself—happens to be the final words (inaccurately) attributed to King George V of England. Musgrove felt it fitting to use final words of illustrious characters as titles since much of his work is about extinction, believing that giving a voice to the deceased creatures themselves might dignify their passing, rather than simply naming the beasts as they silently await their inevitable demise.” 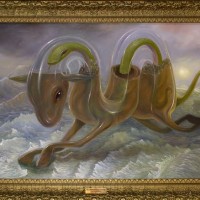 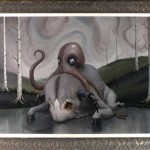 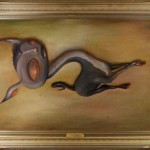 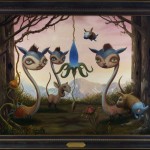 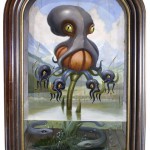 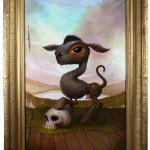 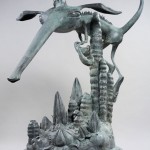 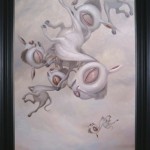 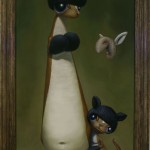 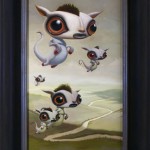 Related Books:
How is the Empire: Scott Musgrove Postcards

The Late Fauna of Early North America: The Art of Scott Musgrove