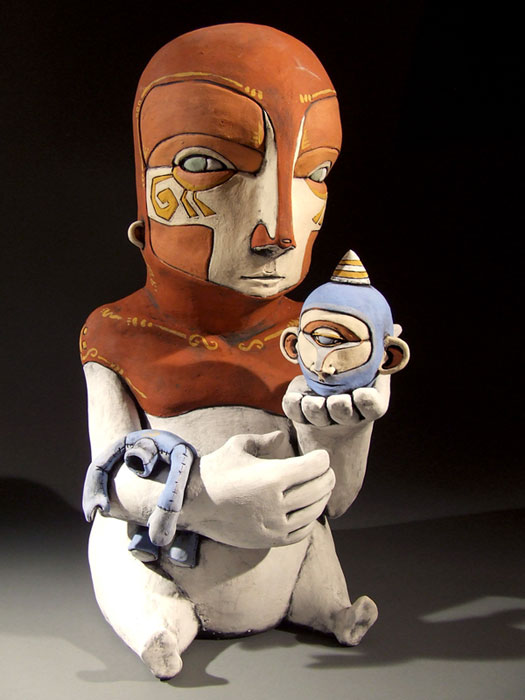 Born in Bethlehem, Israel in 1974, Simon Boses grew up in St. Petersburg, Florida and has a BFA from Maryland Institute College of Art for ceramics.

Of his work, Boses says, “Cartoons are like vanilla ice cream. We all grew up with them. There is something very familiar about the simple lines and shapes. Perhaps in that fact lays their ability to engage us. I grew up in a house that was filled with art from other cultures. I found the stylized lines and forms of cartoons echoed in the art of many cultures. African masks, Egyptian tablet figures, Coptic portraiture and Australian aboriginal bark paintings were among those that captured my imagination and inspired me to weave a thread of symbolism into my work. This is where my own mythology comes in.”

Many thanks to Kevin Titzer for introducing DAF to Simon Boses work! 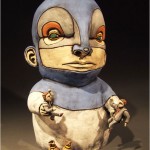 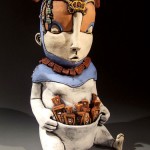 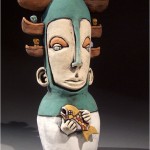 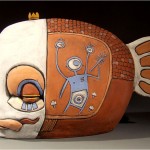 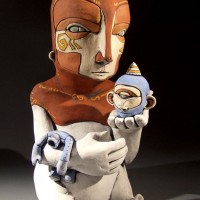 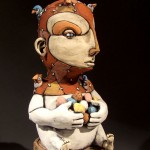